The company’s stock dwindled above 40% in June after the company lowered its sales outlook for the fiscal 2020 period. The resignation of CEO Tom Reilly further impacted the stock. Cloudera’s stock is down 52% in the last 12 months as the merger with its rival Hortonworks in October 2018 is not yielding expected results.

Thanks to improved subscription and services performance, revenue improved to $196.7 million and adjusted loss per share came in at 2 cents per share. Q2 results surpassed street estimates by a good margin. 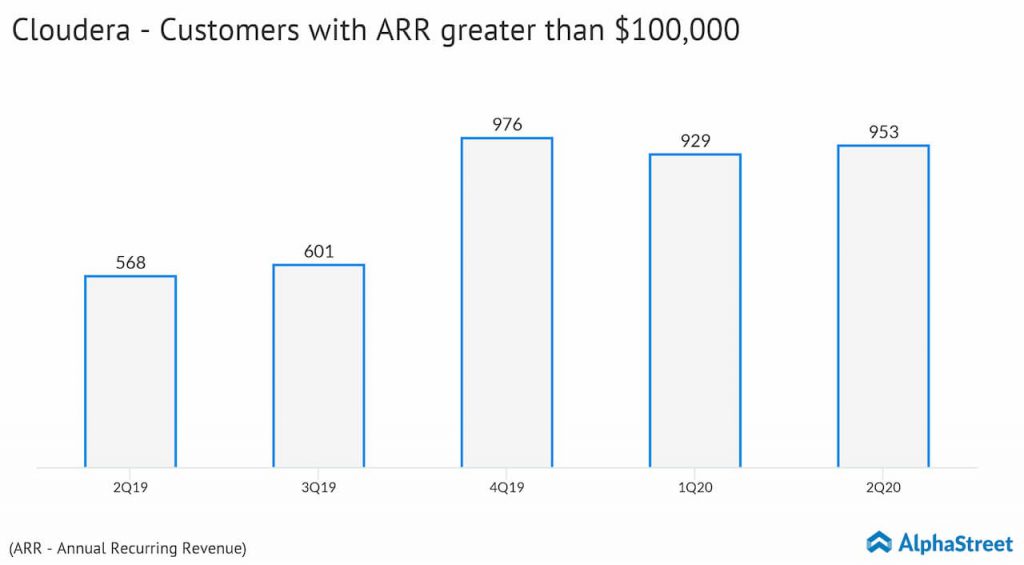 Annualized recurring revenue (ARR) rose 16% over prior year and clients with more than $100,000 ARR increased to 953, an addition of 24 customers from last quarter.

Operating expenses more-than-doubled to $228.6 million compared to $110 million reported last year. The surge in expenses are primarily attributed to increased investments in product offerings and expanding the sales and marketing team.

Last quarter, the company scaled back it guidance which failed to impress the street. Revenue was anticipated in the range of $745-765 million with annual recurring revenue expected to grow 0-10%. Non-GAAP loss per share is projected at 28 to 32 cents.

Last month, activist investor Carl Icahn unveiled that he has acquired 12.6% stake in Cloudera. Icahn has been buying the company’s shares since July. Icahn has made additional purchases after the announcement and now holds 18.36% stake in the data cloud firm.

It’s no-brainer that Icahn is known for buying under-valued firms and make changes to the management to unlock value. It would be interesting to see how the billionaire investor is going to plan his moves in the near future.

After the news broke out, the stock price has recovered 38% and currently trading at $7 mark compared to June’s stock price level of $5.