Costco Wholesale Corporation (COST) reported a 20% jump in earnings for the first quarter helped by higher sales from stores and online. However, the results missed analysts’ expectations. Following this, the stock inched down over 2% in the after-market session.

Net income climbed 20% to $767 million and earnings jumped 19.3% to $1.73 per share. The results were driven by a tax benefit related to stock-based compensation and to the implementation of the 2017 tax act. Also, the quarter included a charge for an adjustment to its estimate of breakage on rewards earned prior to the fiscal year 2019 for the Citi/Visa co-branded credit card program. 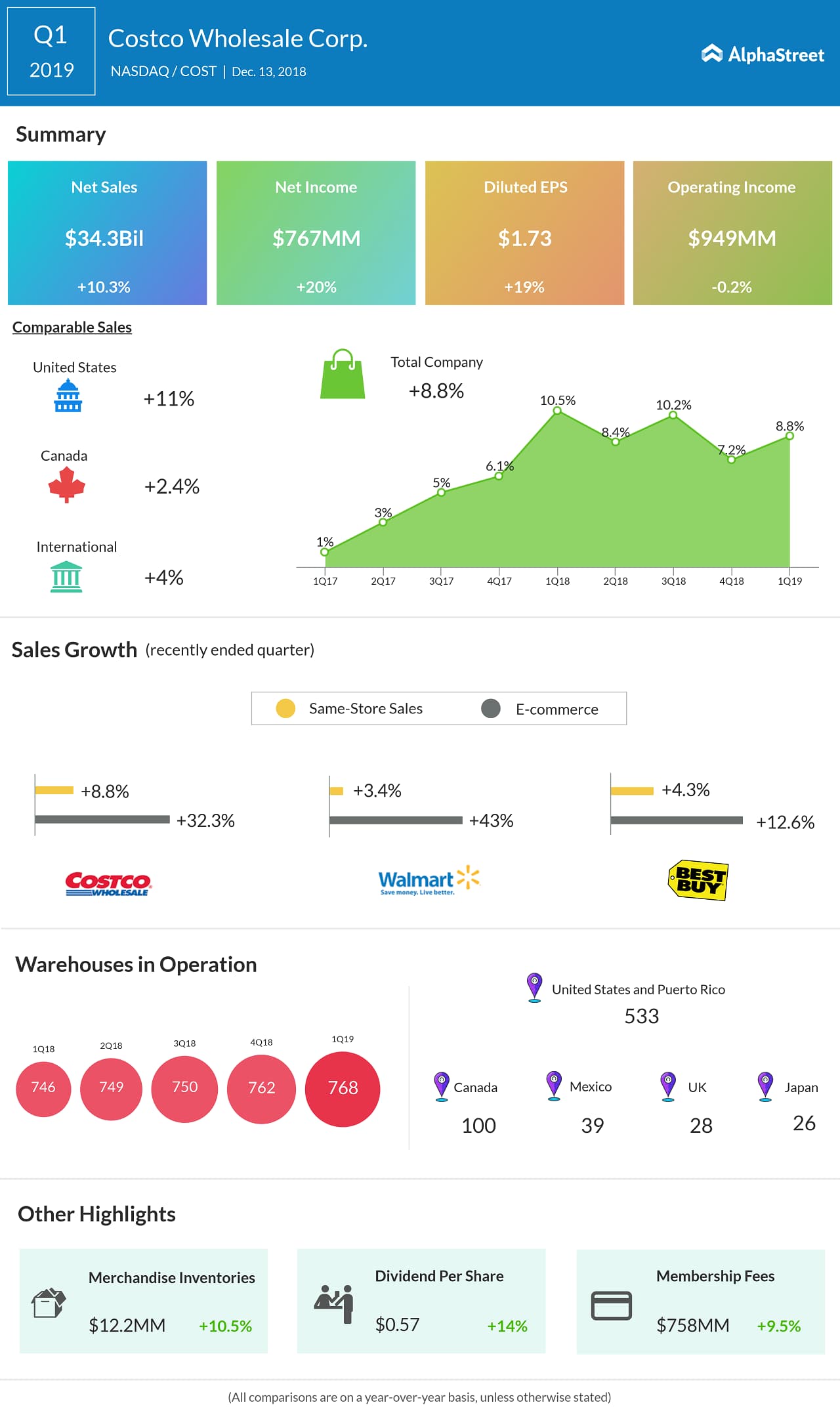 Though e-commerce sales climbed 32.3%, the growth rate fell short of expectations due to the mounting competition from Walmart (WMT) and Amazon (AMZN). Costco risked its name on cheaper prices than rivals Walmart or Target as annual membership revenue are enabling the company to keep the prices down.

The retail markets tend to change the trend according to better employment prospects, rising disposable income, and positive sentiment. The company has been positively benefited by its growth strategies and quality of the merchandise as the primary strength over the years.

Shares of Costco ended Thursday’s regular session down 0.57% at $226.51 on the Nasdaq. The stock has risen over 21% in the year so far while it has fallen over 6% in the past three months.