Higher sales, both in stores and online, pushed up Costco’s (COST) fourth-quarter earnings, which came in line with Wall Street estimates. Meanwhile, the earnings report said the company detected a ‘material weakness’ in its internal control over financial reporting, causing a stock selloff in the after-market. 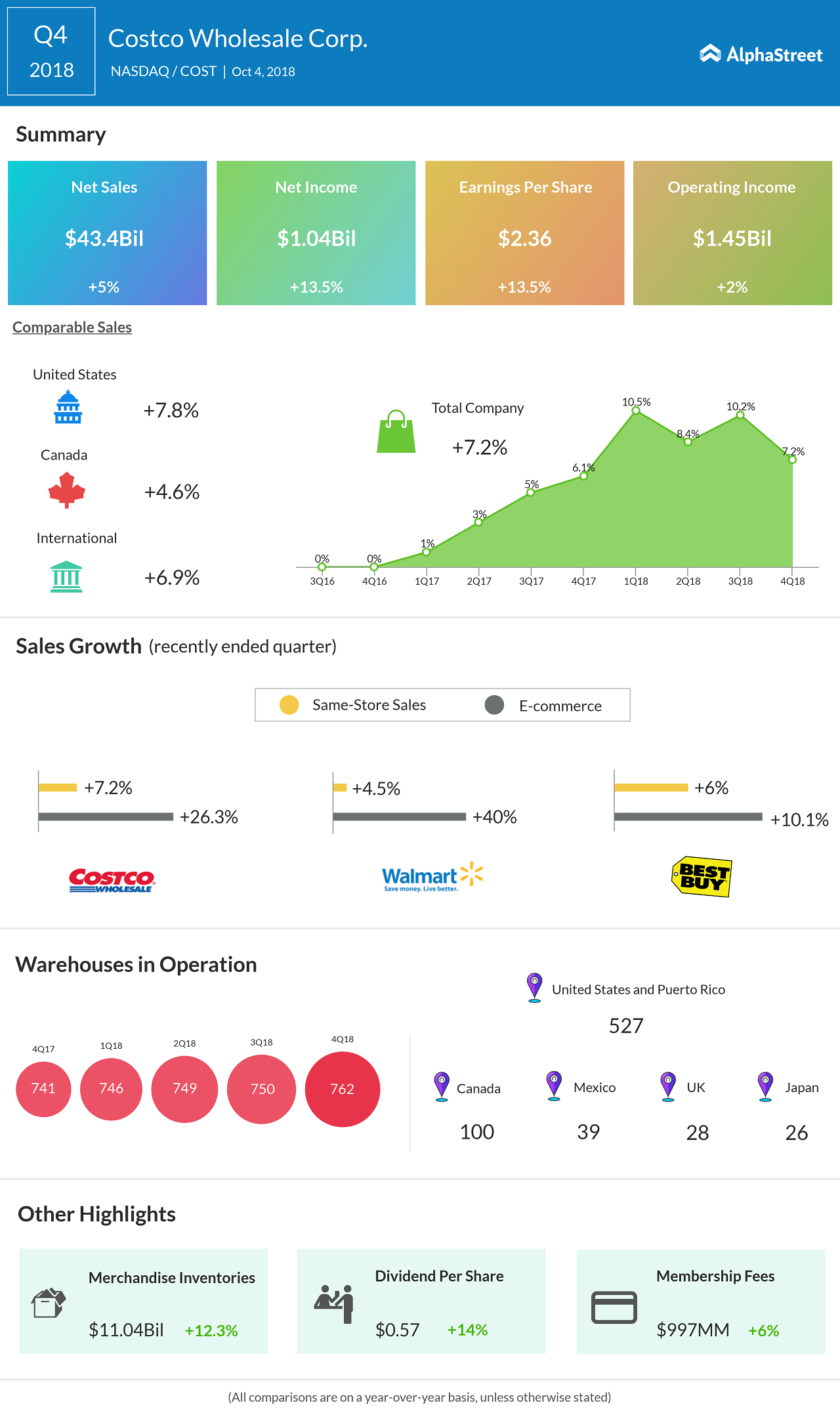 “While the Company is still completing its assessment of the effectiveness of its internal control over financial reporting as of September 2, 2018, in its upcoming fiscal 2018 Annual Report on Form 10-K, it expects to report a material weakness in internal control,” said the report.

The company said it detected a ‘material’ weakness in its internal control over financial reporting, triggering a stock selloff

The warehouse club operator reported a net profit of $1.04 billion or $2.36 per share for the fourth quarter, higher than $0.92 billion or $2.08 per share recorded last year. Revenues moved up 5% annually to $44.41 billion during the period. Sales rose 5% and membership revenue moved up 6% to $997 million, driving the top-line above estimates. 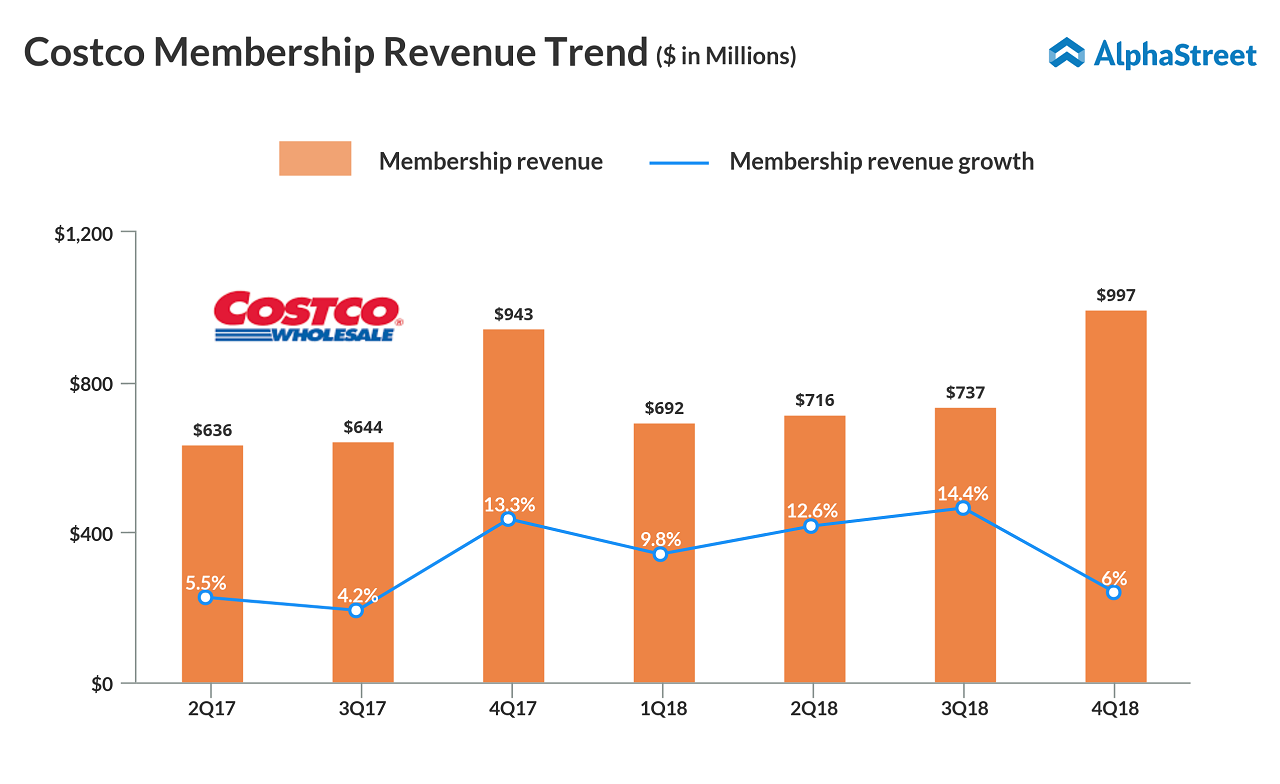 Same-store sales were up 9.5% compared to the fourth quarter of 2017, with contributions from all the geographical segments. Though e-commerce sales climbed 26.2%, the growth rate fell short of expectations due to the mounting competition from Walmart (WMT) and Amazon (AMZN). At the end of the quarter, the company operated a total of 762 warehouses.

Costco’s unique growth strategies and superior quality of the merchandise being offered have been the company’s primary strength over the years. In recent months, the positive consumer sentiment and heavy discounts helped the company maintain its distinctive position in the highly competitive market.

Costco shares have been gaining steadily for several years now, rising about 45% in the past twelve months alone. After hitting an all-time high in early September, the stock retreated and traded flat. It closed Thursday’s regular session slightly lower and dropped about 3% in the after-market.