For General Motors, strong pricing might ease the impact of sales slump in Q1

Investor sentiment has been sluggish ever since General Motors (NYSE: GM) recently reported that US deliveries dropped sharply in the first quarter of 2019. Factoring in the weak demand for passenger vehicles, analysts predict a year-over-year decline in revenues and earnings for the March quarter – to $35.21 billion and $1.11 per share respectively. The earnings report is scheduled to be released Tuesday before the opening bell.

However, initial estimates indicate that the hike in prices, especially for the new SUV and pickup models, and the uptick in crossover sales could have offset the impact of the lackluster sales to some extent.

Conventional passenger vehicles are fast becoming unpopular among the new-generation buyers in the US, who increasingly prefer SUVs and pickups to sedans and hatchbacks. According to GM, total deliveries slipped 7% from last year to 665,840 units in the first quarter when some of the leading vehicle brands witnessed a decline. 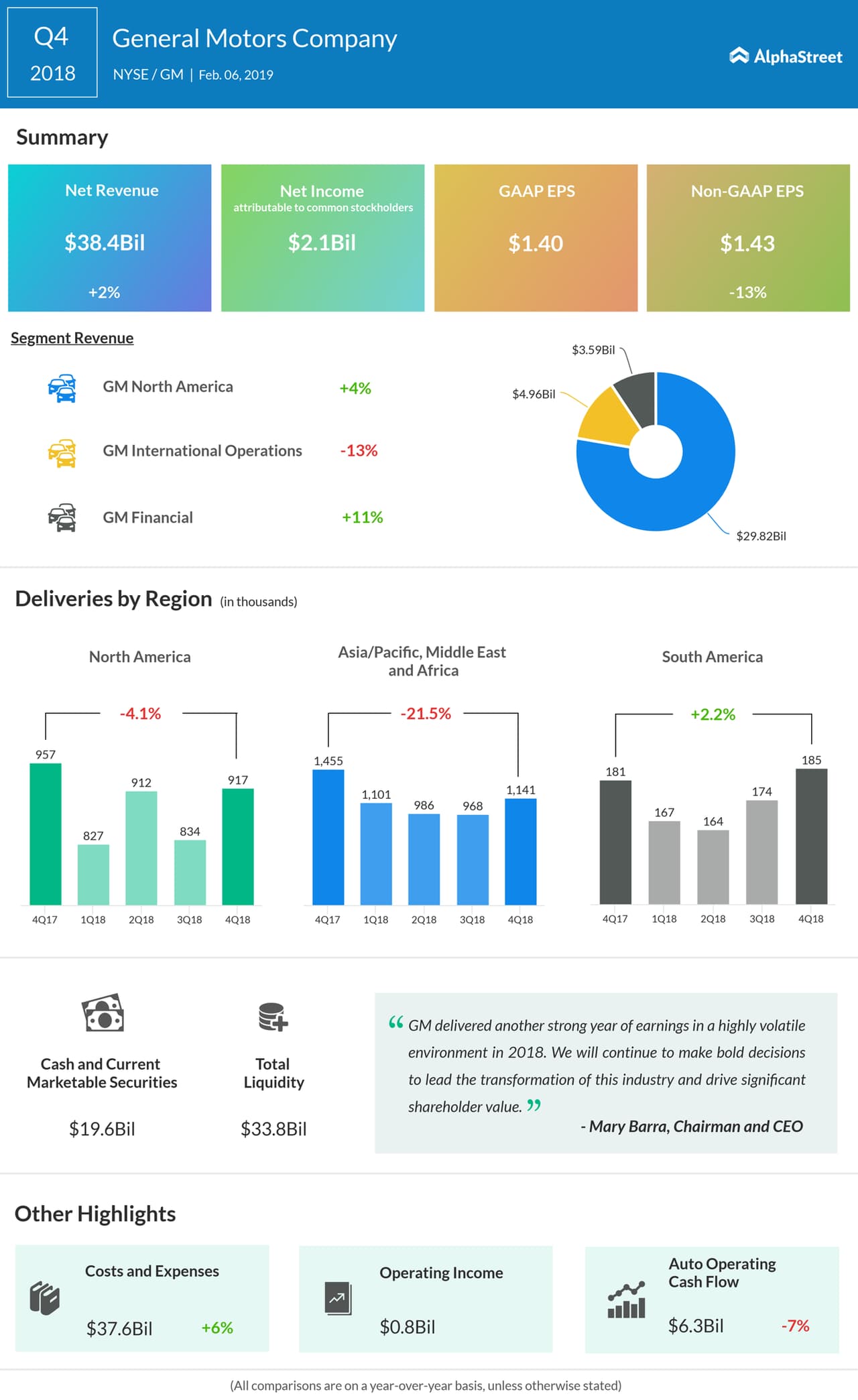 In the fourth quarter, revenues advanced 1.8% to $38.4 billion, beating the estimates. The quarterly profit of $1.43 per share was above the estimates and represented an improvement from the year-ago period when the company posted a net loss.

Conventional passenger vehicles are becoming unpopular among the new-generation buyers in the US, who prefer SUVs and pickups to sedans and hatchbacks

GM’s operations are expected to undergo a positive change in the second half of the year when it is slated to resume the launch of full-size pickup trucks. Also, the management is boosting production capacity to meet the growing demand for SUVs and pickup trucks. It needs to be noted that the general macro environment remains favorable for the auto industry, such as the improving economy and strong labor market.

In China, the biggest market for US automakers outside the country, GM fared rather poorly in the first quarter, with sales plunging about 17% from last year. While the slowdown in the Chinese auto market has a lot to do with the muted performance, Volkswagen managed to put up a better show there during that period.

Rival automaker Ford Motor Company (F) earlier this week reported a 4% decline in first-quarter revenues to about $40 billion. However, Ford’s adjusted earnings moved up 2% to $0.44 per shares.

After witnessing significant volatility throughout last year, GM shares ended the last trading session slightly higher than the levels seen a year earlier. They gained about 18% since the beginning of 2019.