Following the announcement, the stock gained 7% during after-market trading on Thursday. The stock has gained 23% since the beginning of this year.

In North America, market share and revenue both improved year-over-year, driven by the performance of franchise strengths in trucks and utilities. EBIT was $2.2 billion, up 16% due to stronger net pricing and product mix. Outside North America, the company had an EBIT loss of $196 million. 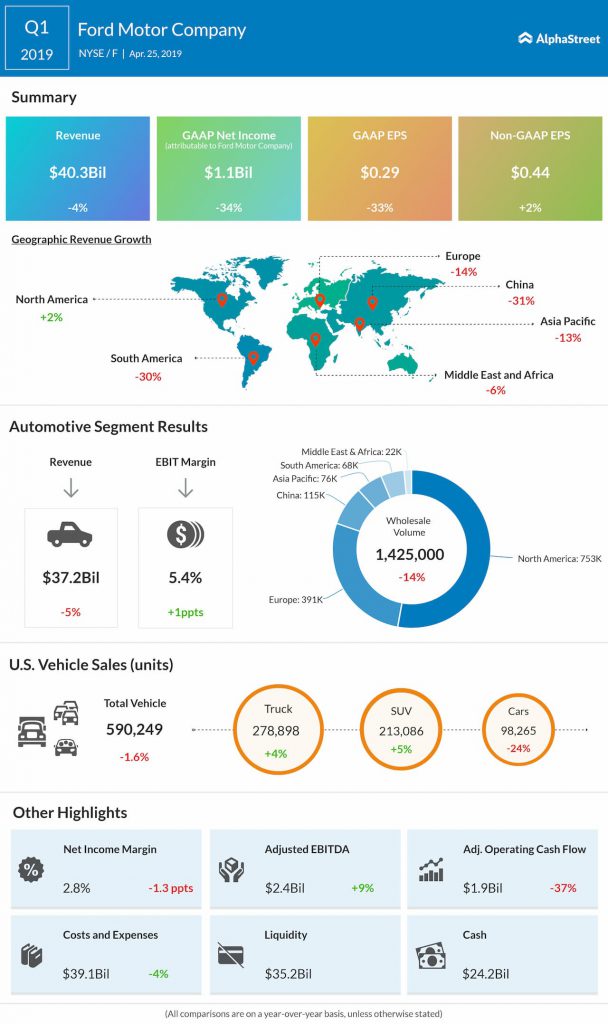 CFO Bob Shanks, who has announced his retirement and will be replaced by Amazon (NASDAQ: AMZN) executive Tim Stone said, “We expect first quarter EBIT to be the strongest of the year due to seasonal factors and major product launches ahead. It does, however, put us on track to deliver better company results in 2019 than last year.”

Last month, the carmaker announced its decision to discontinue the production of passenger vehicles in Russia, citing the growing pressure on profitability due to falling demand.

The closure of two assembly units and an engine factory – mostly by June this year – will lead to the JV Ford Sollers assuming control of the venture, focusing solely on commercial vehicles. Meanwhile, the process is expected to render a large number of employees jobless and result in Ford incurring charges of $450-$500 million.

Last year, the Detroit, Michigan-based automaker embarked on a massive reorganization involving large-scale workforce reduction and plant closures in the Americas and Europe. As part of the program, launched with the aim of returning to profitability in the loss-making markets, a number of plants were shut down and the management team was reshuffled.