Revenue grew 1.8% to $38.4 billion during the fourth quarter. Analysts had expected the top line to hit just $37 billion.

Buoyed by the results, GM shares jumped 4.2% during pre-market trading. The stock has lost 6% of its value in the past 12 months.

CFO Dhivya Suryadevara said, “We navigated significant headwinds in 2018 to deliver another year of strong results, demonstrating the earnings resiliency of this company. The actions we’ve been taking to shape a stronger, more profitable portfolio of businesses position GM for long-term success 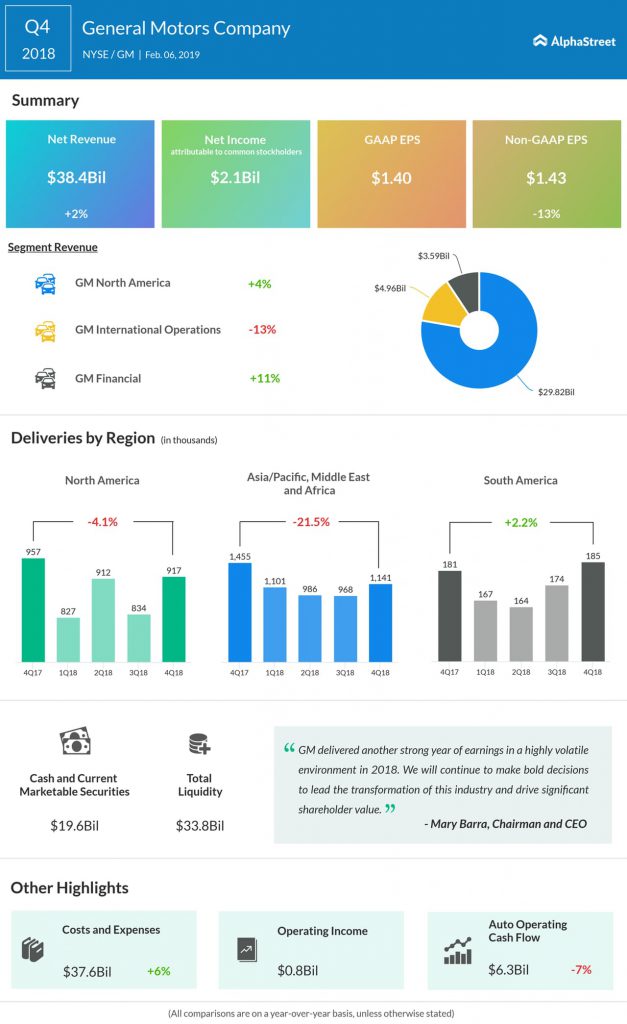 General Motors is currently going through a transitional phase as it shifts its focus towards pickups, a segment that is more profitable than cars. The company, which is struggling in the cut-throat competition in the auto market, is reportedly in the process of laying off around 4,000 employees.

The auto-giant had last week announced that it was negotiating the “feasibility” of investing about $2.73 billion (10 billion reais) in Brazil for a span of four years — from 2020 to 2024.

This declaration comes just a month after the company said it would only consider new investments depending on its ability to return to profit.