Crowd-sourced review forum Yelp (YELP) reported better-than-expected revenue during the second quarter, helped by strong growth in the core advertising business. Revenue came in at $235 million, higher than $231 million expected by the Wall Street – with ad revenue saw a 21% jump during the quarter.

Yelp shares jumped over 6% after the closing bell. 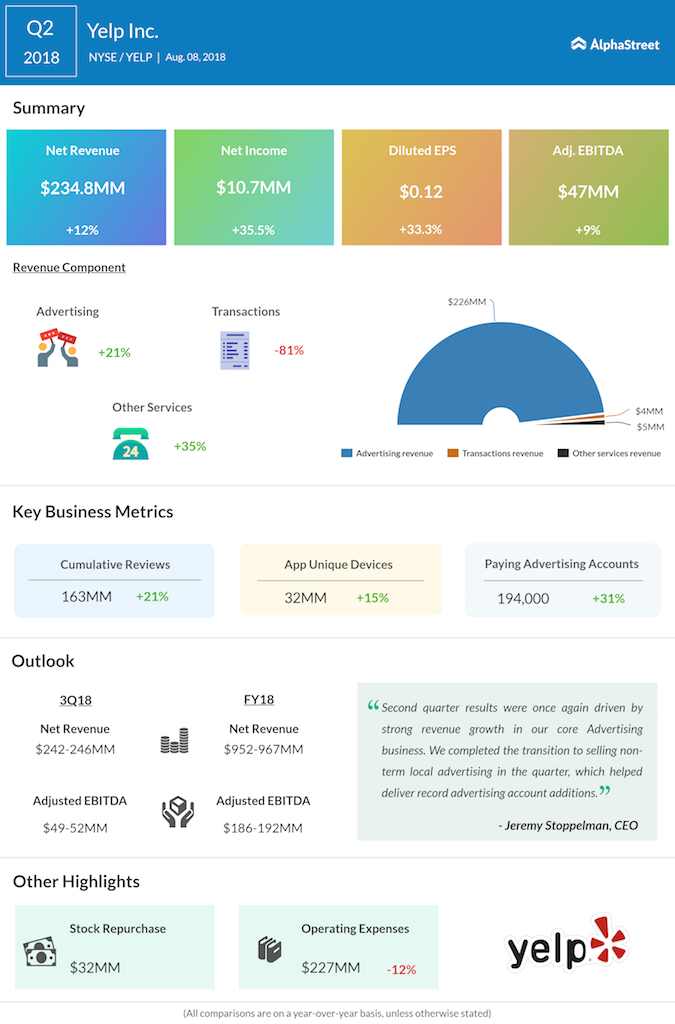 Yelp said its app unique devices jumped 15% during the second quarter to 32 million.

For the third quarter, revenue is expected in the range of $242 million – $246 million, while adjusted EBITDA is projected to stand between $49 million and $52 million. 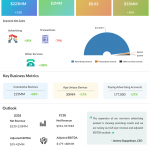