DBX Infographic: Everything you need to know about Dropbox’s Q2 2022 results

Cloud service provider Dropbox, Inc. (NASDAQ: DBX) reported stronger-than-expected earnings and revenues for the second quarter of 2022. The company’s user base grew by 8% during the period. 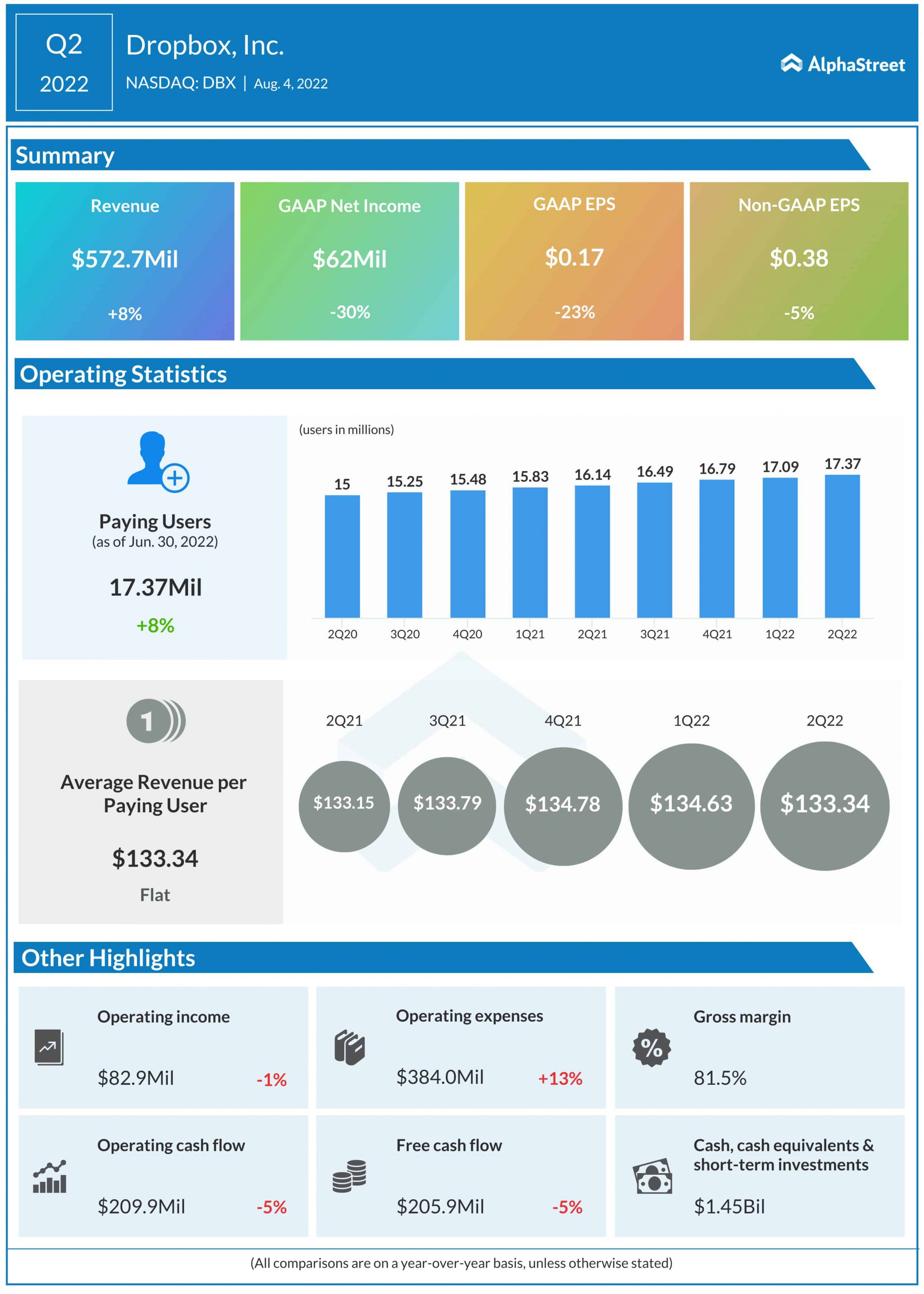 Meanwhile, revenues increased 8% annually to $572.7 million, which also exceeded the consensus forecast. The top line benefited from an 8% increase in the number of users.

“We made great progress this quarter, enhancing performance and functionality in our core FSS product, releasing additional security and data protection capabilities, and expanding workflows, like Capture and Replay. We believe we’re operating from a position of strength to deliver value to shareholders, thanks to strong profitability and improved customer retention,” said Dropbox’s CEO Drew Houston.