Analysts had expected the computer technology firm to post earnings of $1.47 per share on revenue of $23.27 billion for the second quarter of 2020. Immediately after the earnings announcement, Dell stock jumped 7% in the extended trading hours. 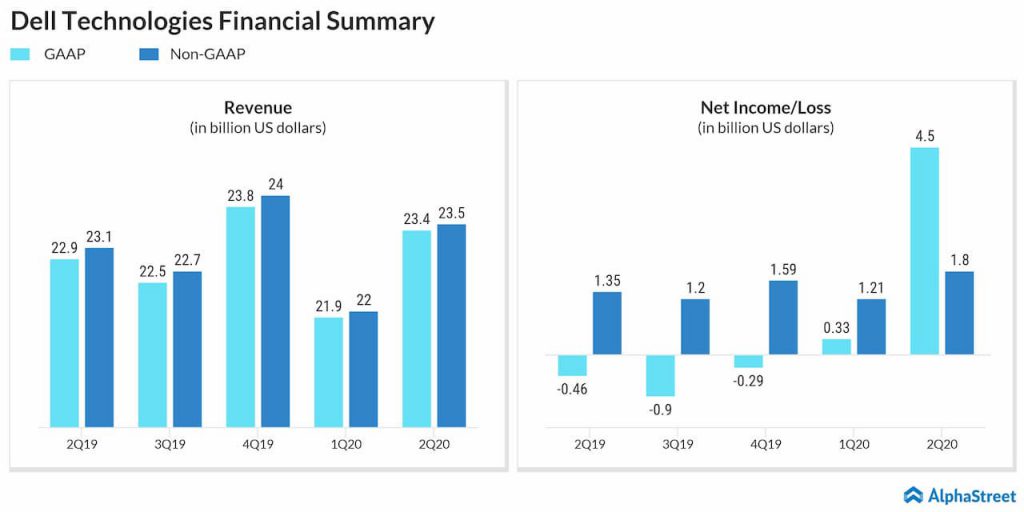 Revenue growth in CSG was driven by double-digit growth in commercial notebooks, desktops and workstations. Revenue from other businesses, which include Pivotal, Secureworks, RSA Security, Virtustream, and Boomi, increased 8% year-over-year to $619 million. 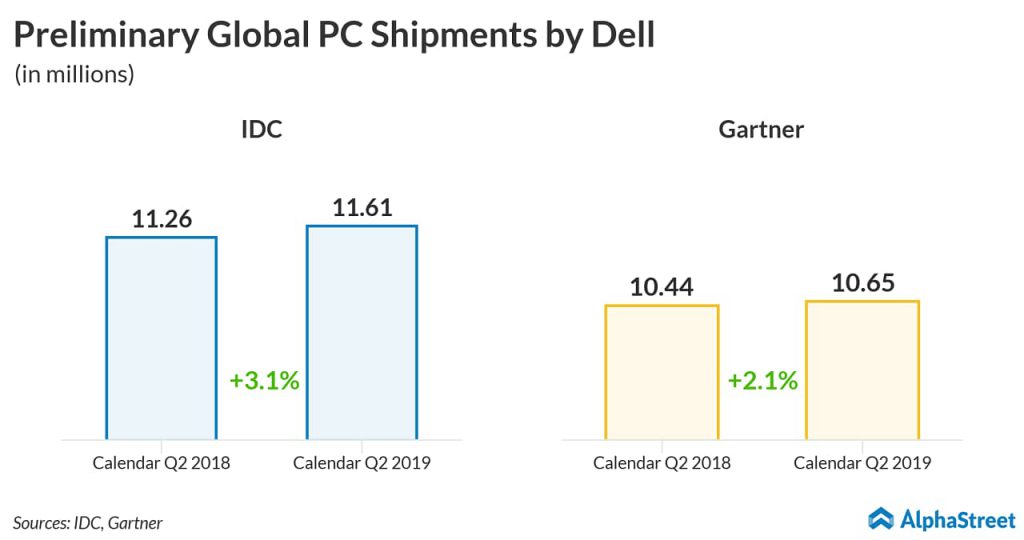