A lot has changed at Walt Disney (DIS) ever since it released the second-quarter results a few months ago, and the most significant of them all is the deal to acquire the coveted assets of rival media firm 21st Century Fox (FOXA).

The Burbank, California-based entertainment conglomerate is widely expected to report earnings of $1.95 per share and revenues of $15.03 billion when it announces results for the third quarter Tuesday after the closing bell. Most analysts are in favor of yet another beat.

This time, the market will be closely watching the numbers of the Studio Entertainment segment, considering the staggering box office collection of hits like Avengers: Infinity War and Incredibles 2. The third quarter was an exceptionally successful period for the company as far as new releases are concerned. Elsewhere, the recent makeover and continuing investments attract more and more visitors to Disney’s parks and resorts, making the segment the latest revenue spinner.

The market will be closely watching the Studio Entertainment segment, considering the huge box office collection of the recent releases

Meanwhile, some analysts are of the view that it’s high time the company focused more on its ESPN offerings, which has remained a drag on profitability due to falling viewership and high contractual rates and programming costs.

With the strategic assets of Fox in its fold now, it is expected that the current quarter will be more significant for Disney, both in terms of operating performance and market share. And, many experts believe it is the beginning of a new era for the 75-year old company.

Fox is expected to report results for the fourth quarter Wednesday after the market closes. Among other peers, Comcast (CMCSA) last month reported better-than-expected earnings for the second quarter triggering a stock rally.

Over the past twelve months, Disney’s shares witnessed some wide fluctuations, marked by several ups and downs as it battled with rival bidder Comcast to acquire Fox.  The stock, which gained more than 3% since the beginning of the year, traded higher during the initial trading hours Monday. 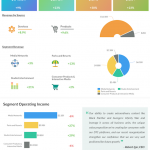