Cloud storage company Dropbox (DBX) reported a narrower loss in the second quarter as paid users growth and per-user revenue drove revenue higher. The top and bottom line came in ahead of analysts’ expectations. Shares of the company, which went up 9% in the regular trading session, dropped more than 6% in the extended hours hurt by the COO Dennis Woodside’s departure.

The company added over a dozen new product features to its user and admin experiences and strengthened its infrastructure, all while driving a 30% free cash flow margin. 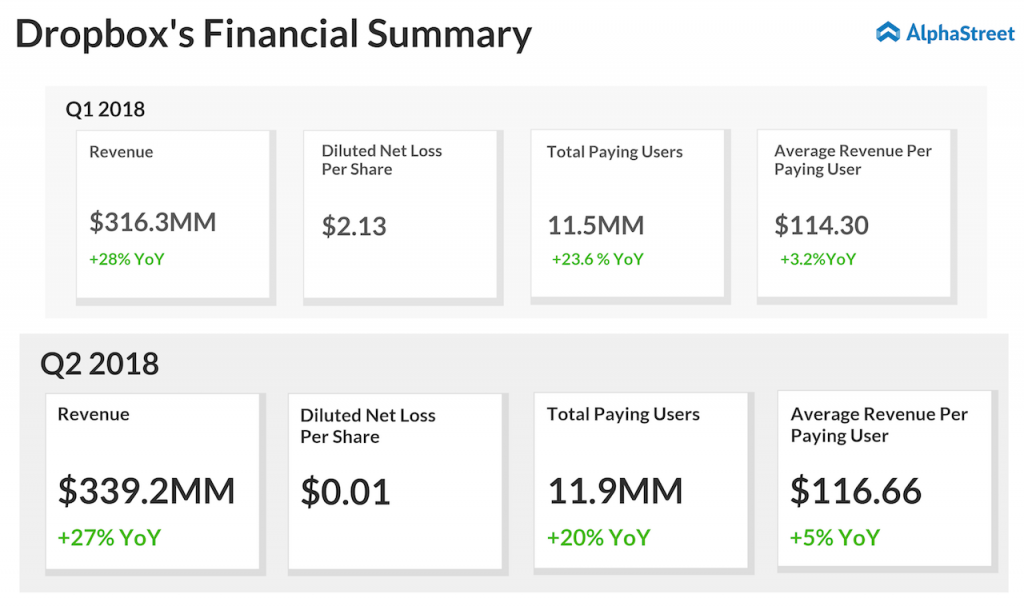 Dropbox also said Dennis Woodside is stepping down as COO. He will remain at the company until early September and serve as an advisor through the end of the year. Dennis’ responsibilities will be shared by two senior leaders who are in promotion lineup.

Yamini Rangan, currently VP of Business Strategy & Operations, will become Chief Customer Officer, reporting to CEO Drew Houston. Lin-Hua Wu, VP of Communications, will also report to Houston. As a result, the company does not plan to hire another COO.

“We’re grateful for everything Dennis has done for us. He’s helped transform Dropbox into a publicly-traded company with over $1 billion in annual revenue and 12 offices around the world. Dennis will always be part of the Dropbox family, and we wish him all the best,” said Houston.

After the earnings release, initially, the stock remained on the upside. But traders turned cautious after the departure of Woodside and a successor is not announced. Investors remained puzzled by this announcement and worried about the company’s operations in the future, which led to the downfall of the stock.