Web hosting company GoDaddy (GDDY) reported 17% jump in third-quarter revenue to $679.5 million, as total bookings improved 11%. However, weighed down by higher costs, net income for the quarter fell to $14.1 million, or 8 cents per share, from $30 million, or 20 cents per share a year ago.

Analysts had expected earnings of 18 cents per share, on a revenue of $673.7 million. Concerned over the earnings miss, investors sent the stock down 2% during after-market trading. 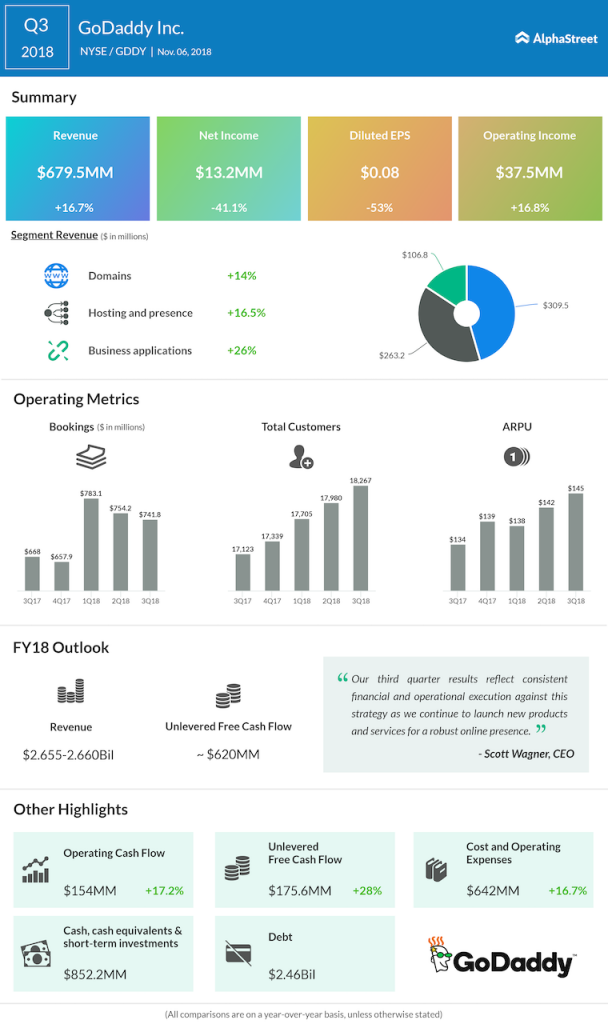 Average revenue per user (ARPU) witnessed a modest increase during this period, growing 8.6% to $145 million.

“GoDaddy is in an environment where it’s never been more important to take an idea, get it online and, through an integrated toolset and experience, enable that idea to grow and thrive,” said GoDaddy CEO Scott Wagner.

For the full year 2018, GoDaddy raised its revenue expectations to a range of $2.655 billion to $2.660 billion, representing approx. 19% growth at the midpoint.

The company also authorized the repurchase of up to $500 million of the company’s Class A common stock.