Home furnishing retailer Bed Bath & Beyond (NASDAQ: BBBY) has reported a net loss for the first quarter of 2022 when the company’s revenues declined by 25%.

The company reported an adjusted net loss of $2.83 per share for the first quarter, compared to earnings of $0.05 per share in the same period of last year. It also missed analysts’ forecasts. On an unadjusted basis, the first-quarter net loss widened to $358 million or $4.49 per share from a loss of $51 million or $0.48 per share a year earlier. Comparable store sales declined 23%, continuing the recent trend. 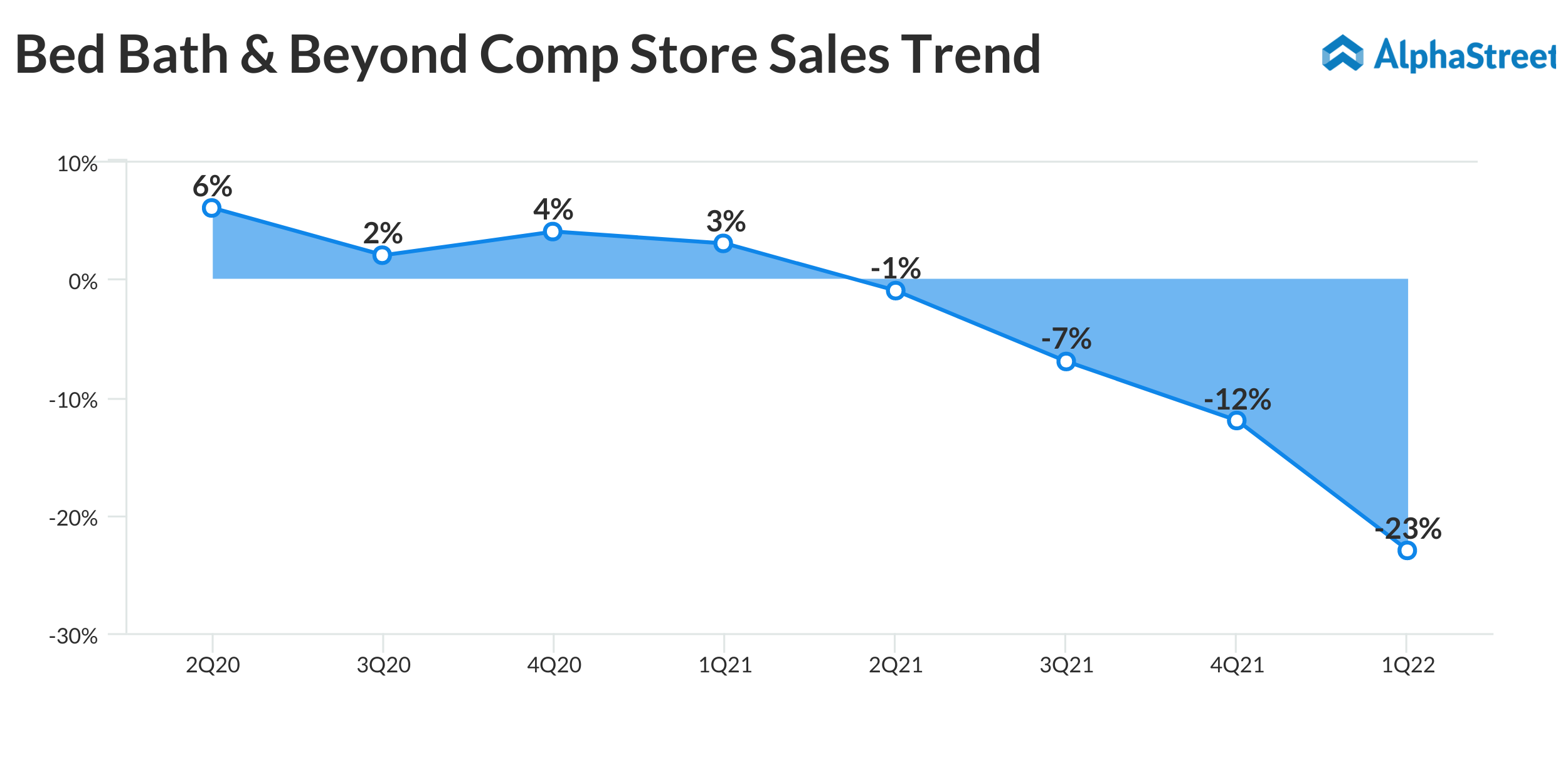 The bottom line was negatively impacted by a 25% decrease in net sales to $1.46 billion. Analysts had predicted higher earnings for the most recent quarter.

“In the quarter there was an acute shift in customer sentiment and, since then, pressures have materially escalated. This includes steep inflation and fluctuations in purchasing patterns, leading to significant dislocation in our sales and inventory that we will be working to actively resolve. The simple reality though is that our first quarter’s results are not up to our expectations, nor are they reflective of the Company’s true potential,” said Sue Gove who has been named the interim chief executive officer of the company.