Weibo Corporation (NASDAQ: WB) on Thursday reported lower revenues and net profit for the second quarter of 2022, despite an increase in the number of users. 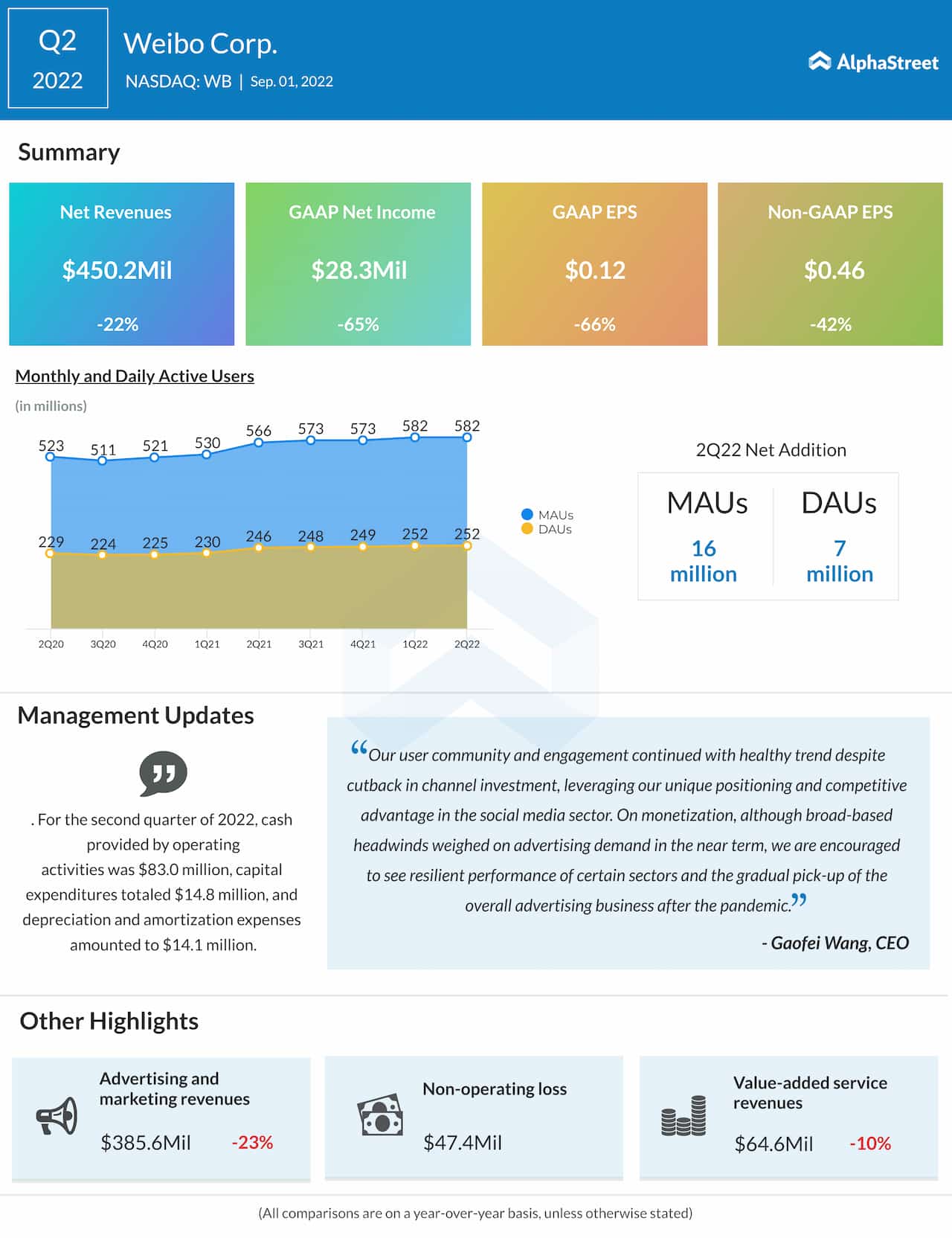 The China-based social networking company reported adjusted profit of $0.46 per share for the most recent quarter, down 42% from the year-ago period. On an unadjusted basis, net profit decreased to $28.3 million or $0.12 per share from $81.03 million or $0.35 per share last year.

The bottom line was hurt by a 22% decrease in revenues to $450.2 million. At the end of the quarter, Weibo had around 582 million monthly active users and 252 million daily active users.

“On monetization, although broad-based headwinds weighed on advertising demand in the near term, we are encouraged to see resilient performance of certain sectors and the gradual pick-up of the overall advertising business after the pandemic. Weibo also delivered a non-GAAP operating margin of 32% in the second quarter, which further improved from the first quarter of 2022, as we executed against our efficiency initiatives to optimize costs and expenses,” said Weibo’s CEO Gaofei Wang.