Earnings preview: Kroger is falling behind its peers

Apparently, nothing interesting is happening at Kroger (KR). The stock has been strictly trading sideways since early 2017, except for some sudden declines post some earnings results. During the last reported quarter, the retail store chain missed its mark on revenue and identical-store sales and investors had sent the stock tumbling 9%.

It’s high time Kroger give investors some fodder to inspire a stock rally.

Following disappointing second-quarter results, Kroger CEO Rodney McMullen had stated that the company is already working on restructuring, which should be visible in numbers from the third quarter. If Rodney delivers on this promise, that should act as enough fodder.

Kroger hasn’t been as profitable as its rivals over the recent quarters. In the second quarter, the company reported comp sales growth of just 1.6%, whereas rival Walmart (WMT) posted a growth of 4.5% in the US.  From the numbers, it may be suspected that Walmart is actually eating into Kroger’s grocery business. 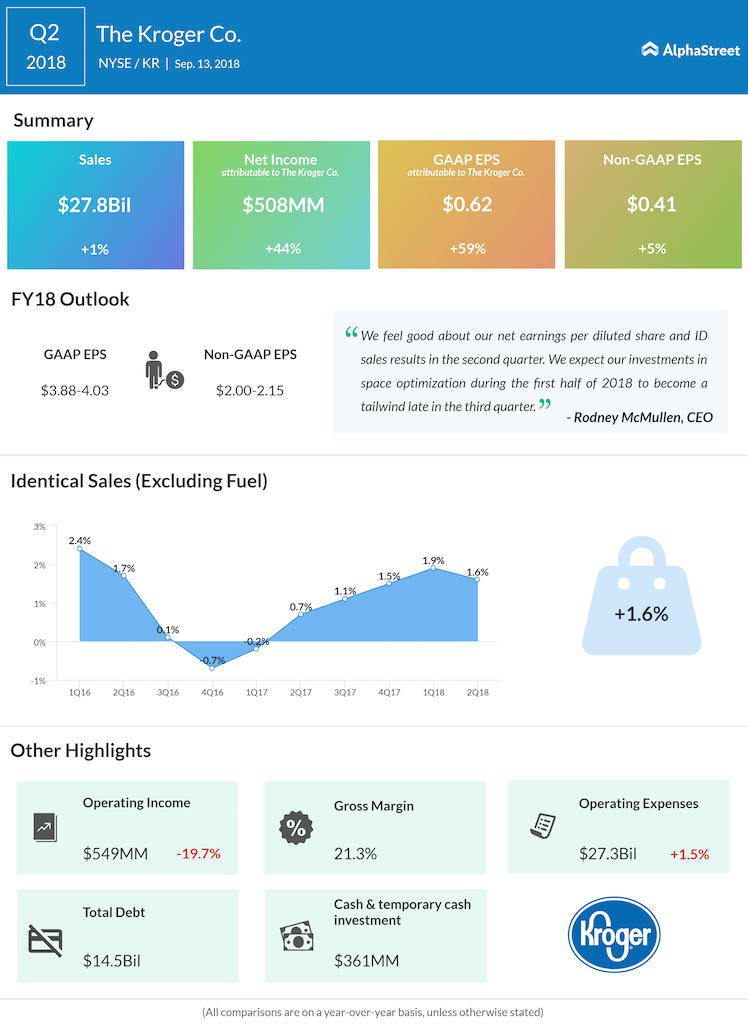 Rising retail competition continue to act as a headwind for Kroger, though it has been trying its bit to stay relevant. In order to ramp up doorstep deliveries, Kroger this year made a deal with autonomous vehicle startup Nuro. Apart from this, the company has partnered with Ocado, a UK-basked online rival to boost its digital operations.

Separately, Kroger acquired Home Chef in May. The acquisition of the meal-kit provider was aimed at improving its omnichannel presence. However, benefits from these acquisitions are yet to make their way into Kroger’s balance sheet.

As Kroger reports third-quarter results on Thursday before the market opens, analysts expect the company to post earnings of 43 cents per share on a revenue of $27.58 billion.

Two retail winners to buy ahead of holiday season

The stock has 5 BUY ratings; 5 HOLD ratings and 1 SELL rating. It has an average 12-month price target of $30.7, which is at a 4% upside from the current trading price.