Ushering another earnings season, PepsiCo (PEP) is reporting its quarterly results on Tuesday before the opening bell. As compressed margins are likely to continue to offset tax benefits, analysts are anticipating a moderate growth during the second quarter. Adjusted EPS is expected to see a minimal improvement to $1.52, on a low-single-digit sales growth to $16.08 billion.

The dark spot is its largest segment – North America Beverages (NAB) – which has been underperforming for the past few quarters and has reported a 3% volume decline in the first quarter. CEO Indra Nooyi had stated during the previous earnings conference call that Coca-Cola’s (KO) higher marketing spending on its flagship beverages had given the rival an upper hand. PepsiCo has also upped its media spending, but fell short of what was shelled out by its rival. 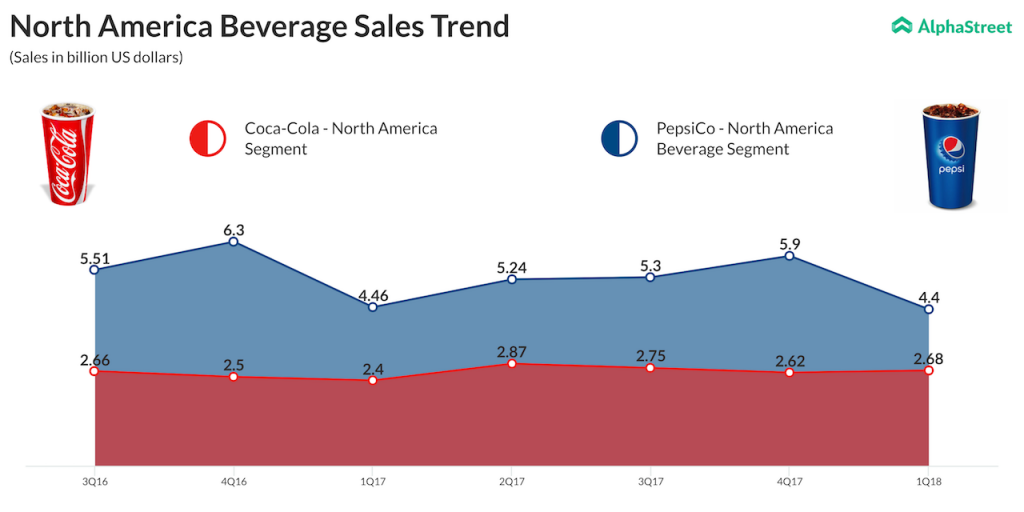 Besides this, Coca-Cola re-launched its Diet Coke earlier this year with five different flavors, evidently eating into Diet Pepsi’s market share. Though Coca-Cola shied away from giving any specific figures, CEO James Quincey had stated during the previous earnings conference call that the product has been very well received.

The rival company has also been replicating PepsiCo’s strategy of moving into healthy drinks, with arguably more success. Though both companies have been fairly successful with their new healthy drinks, it is necessary for the two to keep driving the sale of soda products to meet the fiscal year targets. Keep a close watch on the performance of NAB as well as management’s comments on their optimism on this segment.

The management had earlier estimated topline growth for this fiscal year to be 2.3%. During the first quarter, organic revenue improved only 2%. Hence the New York-based company has to produce positive organic revenue without fail this quarter to achieve the fiscal target. Even flat growth could spell trouble for the company.  NAB had reported a decline of 2% in organic growth in the first quarter, so PepsiCo badly needs to fix this leak.

RELATED: Will the soda market ever recover from the drain?

On the other hand, the snacks segment has been doing relatively well, which should be complemented by its purchase of Bare Foods Co in May. Bare Foods will now come under the umbrella of Frito Lay North America unit, which has been playing a major role in stabilizing PepsiCo’s topline growth in light of a leaking beverage unit.

PepsiCo’s gross margin is likely to see a decline due to pressure from higher raw material costs, thanks to the new tariffs slapped on steel and aluminum, as well as rising freight costs. The management’s comments on improving the margins will also shed light on the company’s long-term performance.

In an increasingly competitive segment, PepsiCo is fast losing its sparkle. The beverage giant’s shares have been down 4.8% in the past 52 weeks and down about 7% year-to-date. 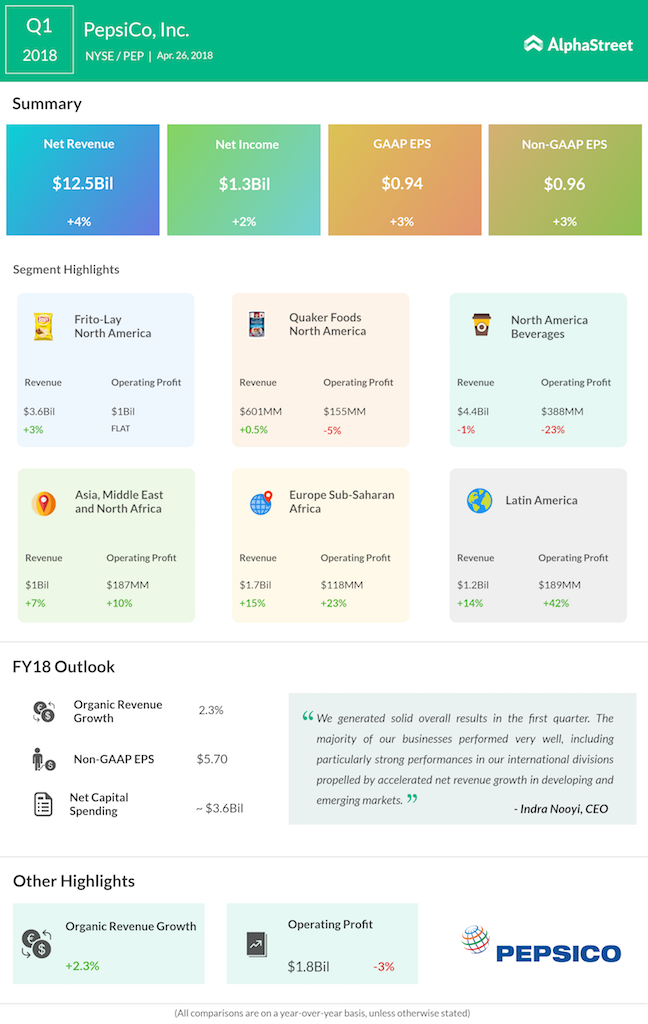