Uber Technologies, Inc. (NYSE: UBER) on Wednesday reported net profit for the December quarter, compared to a loss in the prior-year period. The bottom line benefited from an 83% growth in revenues. 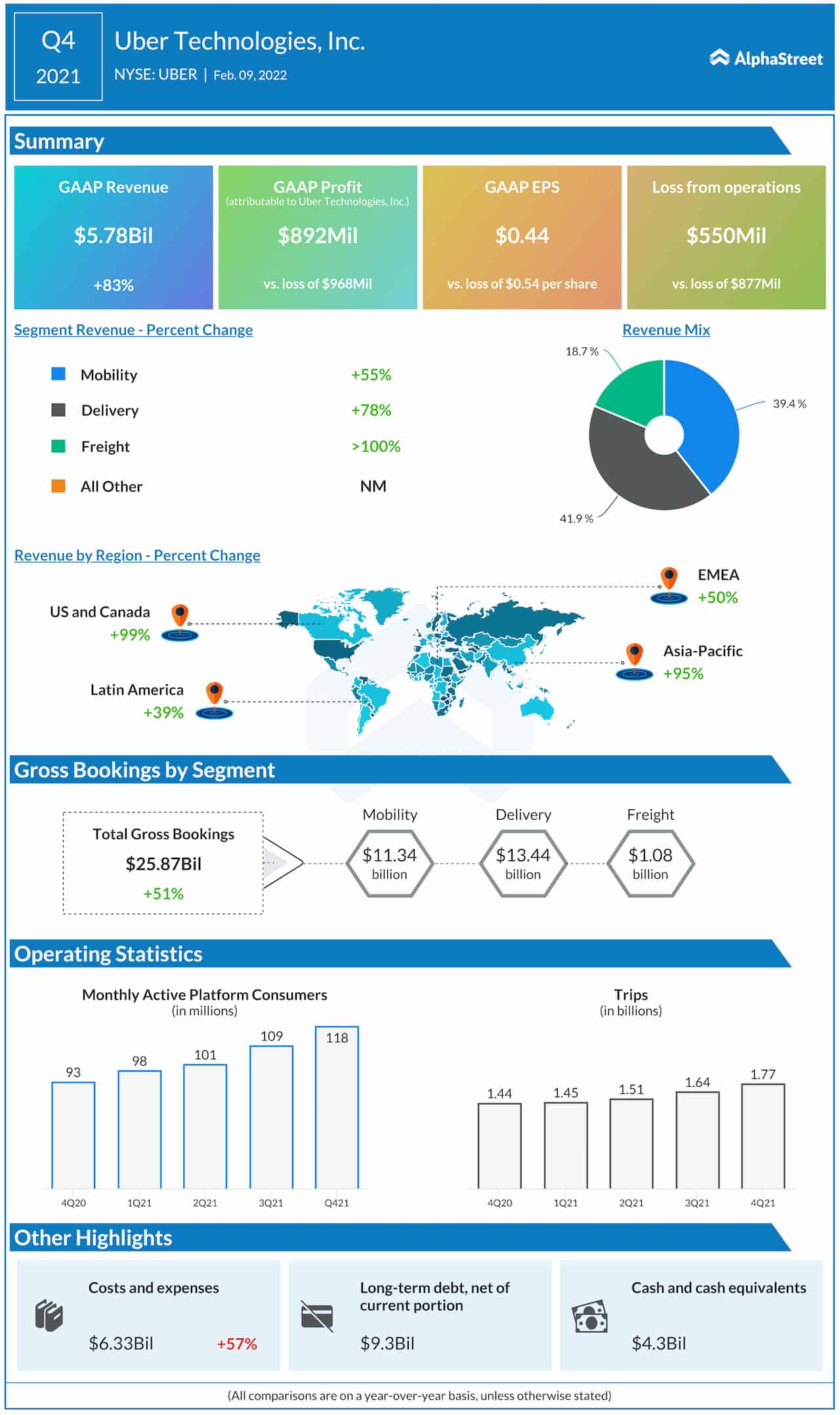 For the fourth quarter of 2021, the company reported a net income of $892 million or $0.44 per share, compared to a loss of $968 million or $0.54 per share in the year-ago period. The latest number beat Wall Street’s projection.

There was an 83% increase in fourth-quarter revenues to $5.8 billion, which also came in above the consensus forecast.

Uber’s shares have lost 8% since the beginning of the year. The stock made strong gains during extended trading on Wednesday, after closing the regular session higher.