“Am considering taking Tesla private at $420. Funding secured,” read a tweet posted from Tesla (TSLA) CEO Elon Musk’s verified profile at 12:50PM ET today. Within an hour, the tweet garnered about 4800 retweets and sent the stock up 6%. At around 2PM ET, trading of Tesla shares was halted, pending an announcement.

Meanwhile, CNBC reported that none of the Wall Street banks were aware of such a transaction. Also, there has not yet been an official confirmation from the company spokespersons.

In a blog post later, Musk clarified that the company has not come to a final decision.

Responding to another tweet in the same thread, Musk confirmed the move stating, “My hope is *all* current investors remain with Tesla even if we’re private. Would create special purpose fund enabling anyone to stay with Tesla. Already do this with Fidelity’s SpaceX investment.”

Going private makes sense for Tesla, which is closely scrutinized by the Wall Street for not returning any profits as well as the rapid cash burn it has been undergoing. Once private, the company would not have to reveal key figures to the public.

Tesla shares had early on Tuesday received a fillip after Financial Times reported that Saudi Arabia’s Public Investment Fund has acquired 3-5% stake in the company. 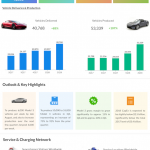