Snapchat (SNAP) users heaved a sigh of relief as the much-awaited app redesign was rolled out to iOS users last week, the second in the last six months. Last year, a revamped version of the app was launched, which turned out to be a nightmare for the company. Snap’s hippy users, including the celebs, didn’t like the new layout and wanted the old one back. Over a million users even submitted a petition forcing Snap to revert back to the previous version.

A few months after the redesign, amidst the user backlash, Spiegel was bold enough to defend the layout saying, “It’ll take time for people to adjust”. The company’s fourth quarter results also topped street estimates, pushing the stock above 20% after the bell. Snap was hoping that things would eventually come back to normal based on the user engagement metrics, which would bode well for the firm. Unfortunately, the wrath of users seems to be never ending, pushing the company to appease users with numerous tweaks. 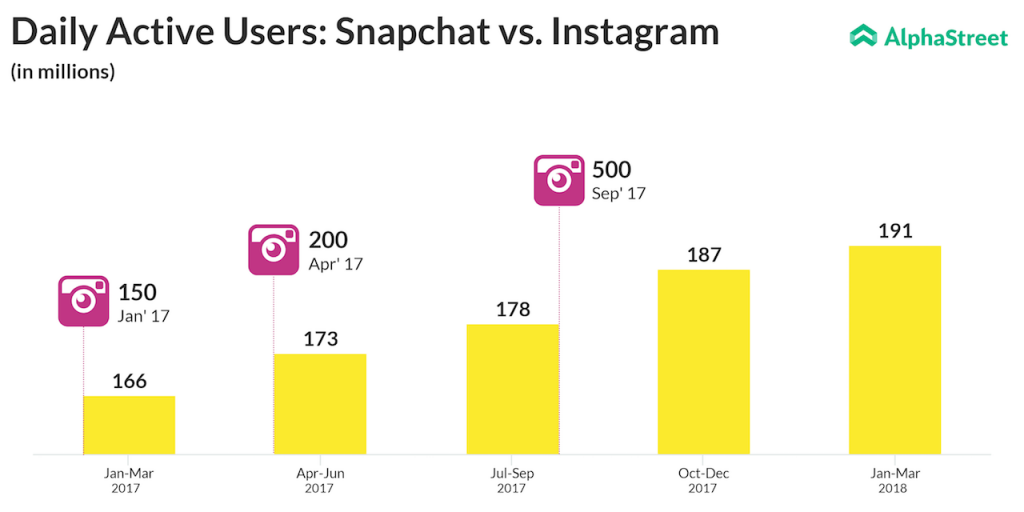 The camera company’s first quarter results failed to impress the street, which saw its shares plunging 17% after market close. Snap seems to be learning a costly lesson of its redesign debacle with Spiegel promising design tweaks as demanded by its loyal “disgruntled” users. With today’s update, Snap wants to pacify its users by reverting old features like Chats and Snaps displayed in chronological order, stories from your buddies in the right, and subscription option to easily discover influencers content (Kylie Jenner might be happy!). If you’re using an Android app, you will need to wait for some more time, as Spiegel has announced an update in the third quarter.

Spiegel and his team have been in the line of fire since the company went public. Snap’s shares are down 54% since IPO and nearly 25% this year, raising serious questions about its profitability. Though analysts expect the firm to be cash flow positive only by 2021, there are doubts about how Snap can bring in sustainable revenue in the long term.

Snap has to fight multiple battles to bring back its mojo and restore investor confidence. Its CFO Drew Vollero stepped down this month, and the incoming Tim Stone will have to prove his mettle in multiple areas  — tackling intense competition from Instagram, maintaining good relationship with publishers, keeping a tab on expenses, adding more users and of course be wary of any redesign.