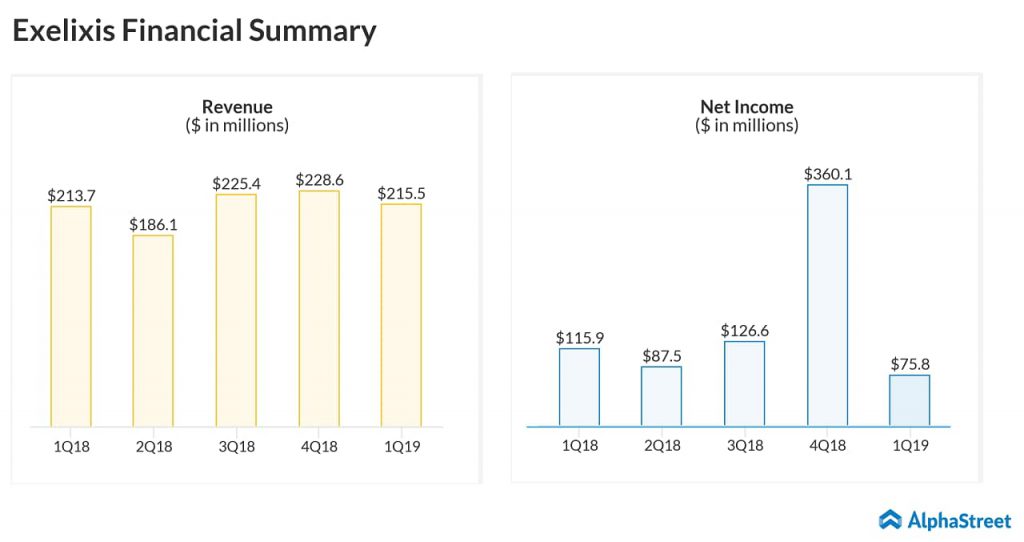 GAAP EPS decreased to $0.24 from $0.37, hurt by the decrease in milestone-related revenues and the increases in research and development expenses, selling, general and administrative expenses and the provision for income taxes.

“We continued our efforts to maximize the commercial and clinical potential of cabozantinib through the U.S. launch in advanced hepatocellular cancer in January, as well as the initiation of the COSMIC-313 study announced today,” said CEO Michael Morrissey.

Last week, Exelixis’ partner Takeda Pharmaceutical applied for the approval to manufacture and sell Cabometyx drug in Japan. As a result of this, Exelixis is expected to receive $10 million milestone payment from Takeda in the second quarter of 2019. Under the terms of collaboration and license agreement, Exelixis received a $50 million upfront payment at the time of signing.

Exelixis stock had lost 19% of its value in the last one month and 6% in the past 52 weeks.