ExxonMobil (NYSE: XOM) reported a 21% dip in earnings for the second quarter due to poor performance from the downstream and chemical division. However, the results exceeded analysts’ expectations.

Net income plunged by 21% to $3.13 billion or $0.73 per share. The results were hurt by unscheduled maintenance in refining division and continued margin pressure due to lengthening supply in the chemical segment. Total revenues decreased by 6% to $69.09 billion.

The earnings included a favorable identified item of about $500 million, or $0.12 per share assuming dilution, reflecting the impact of a tax rate change in Alberta, Canada. Capital and exploration expenditures were $8.1 billion, up 22% from the prior year, reflecting key investments in the Permian Basin. 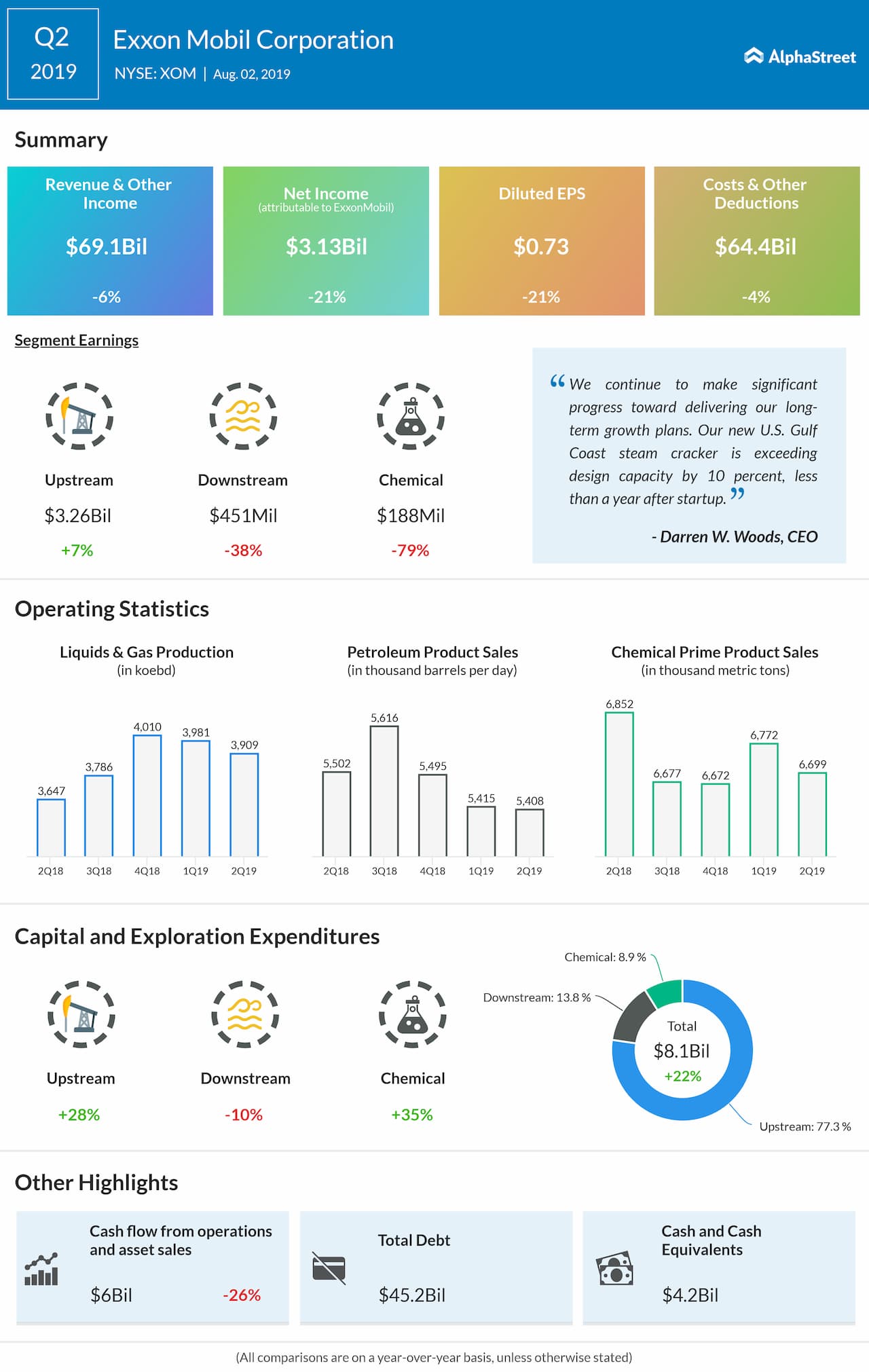 In downstream segment, margins were fueled by industry after improving from very low levels in the first quarter on stronger gasoline margins, mainly in the US, despite remaining under pressure during the second quarter. Planned maintenance activity remained at a high level. In chemical segment, paraxylene margins weakened with lengthening supply from recent industry capacity additions and results were hurt by a significant increase in turnaround activity.

Looking ahead into the third quarter, the company expects upstream volumes to be in-line with the second quarter due to the absence of non-US tax item. In downstream, Permian crude differentials are expected to narrow with additional takeaway capacity and refining margins are predicted to be in line with seasonal demand patterns on lower scheduled maintenance.

Shares of ExxonMobil ended Thursday’s regular session down 2.56% at $72.46 on the NYSE. Following the earnings release, the stock rose over 1% in the premarket session.