Fitbit Inc. (NYSE: FIT) beat analysts’ forecasts on revenue for the first quarter of 2019 while net loss came in narrower than expected. Shares were up 1.1% during after-market hours on Wednesday. 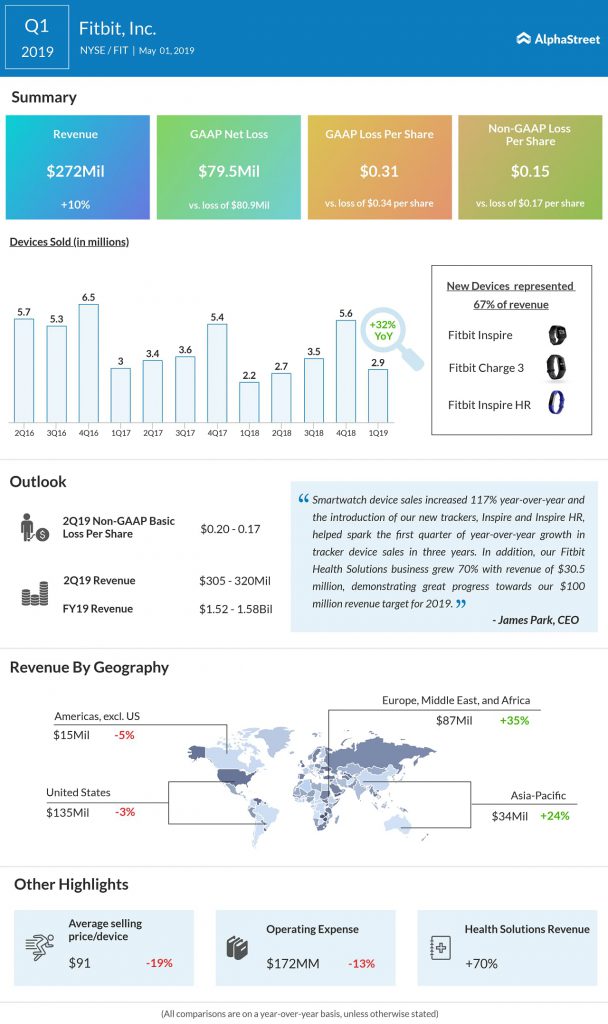 Revenue in the US fell 3% to $135 million while international revenues grew 26% to $137 million. The Fitbit Health Solutions business grew 70% with revenues of $30.5 million, and is on track to achieve its full-year revenue target of approx. $100 million.

Fitbit sold 2.9 million devices during the quarter, up 36% year-over-year. Average selling price dropped 19% to $91 per device due to the introduction of more affordable devices.

For the second quarter of 2019, Fitbit expects revenues to grow 2-7% year-over-year to a range of $305 million to $320 million. For the full year of 2019, revenues are expected to grow 1-4% to a range of $1.52 billion to $1.58 billion. The company expects to see an increase in devices sold and a decline in average selling price both for the second quarter and full-year 2019.