Revenue for the quarter fell 15% as the company managed to sell fewer devices this quarter. Analysts had on an average expected just $285.4 million in revenue. Fitbit shares shot up 5% in aftermarket trading.

In the second quarter, Fitbit sold 2.7 million wearable devices, down from 3.4 million a year ago, at a 6% higher average selling price. The company has been struggling due to tight competition from rivals including Apple (AAPL), Garmin and Xiaomi. The company had earlier announced that it expects the reduced demand for its trackers to have a negative impact on the overall sales in the second quarter. 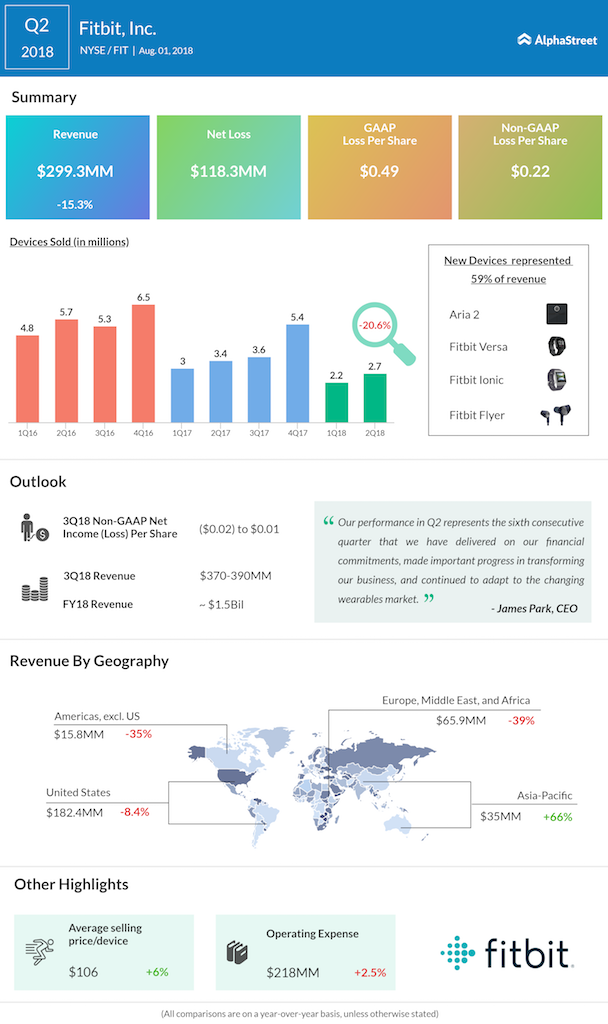 “Within the second quarter, Versa outsold Samsung, Garmin and Fossil smartwatches combined in North America, improving our position with retailers, solidifying shelf space for the Fitbit brand and providing a halo effect to our other product offerings,” CEO James Park said.

In the second quarter, Fitbit sold 2.7 million wearable devices, down from 3.4 million a year ago, at a 6% higher average selling price.

For the third quarter of 2018, the company expects revenue to decline 3% to a range of $370 million to $390 million. Non-GAAP net loss per share for this period is anticipated in the range of $0.02 to $0.01. However, for the full year, the company reiterated its full-year 2018 revenue guidance of approx $1.5 billion.

Earlier today, rival Garmin’s (GRMN) shares rose 2.7% in early trading after it surpassed market expectations on revenue and pro forma EPS in the second quarter. Aftermarket on Tuesday, other rival Apple said its revenue from Other Products (which includes Apple Watch) witnessed a 37% jump in the third quarter to $3.7 billion in the third quarter. Investors sent the shares up 3% following this announcement. 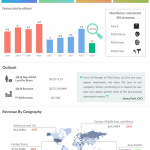