A revamped product-line and innovations in store operation pushed Foot Locker’s (FL) second-quarter sales and earnings beyond expectations. Reflecting the underlying softness in the sportswear industry, the company reported lower-than-expected comparable sales, which dragged the stock lower in the premarket Friday. 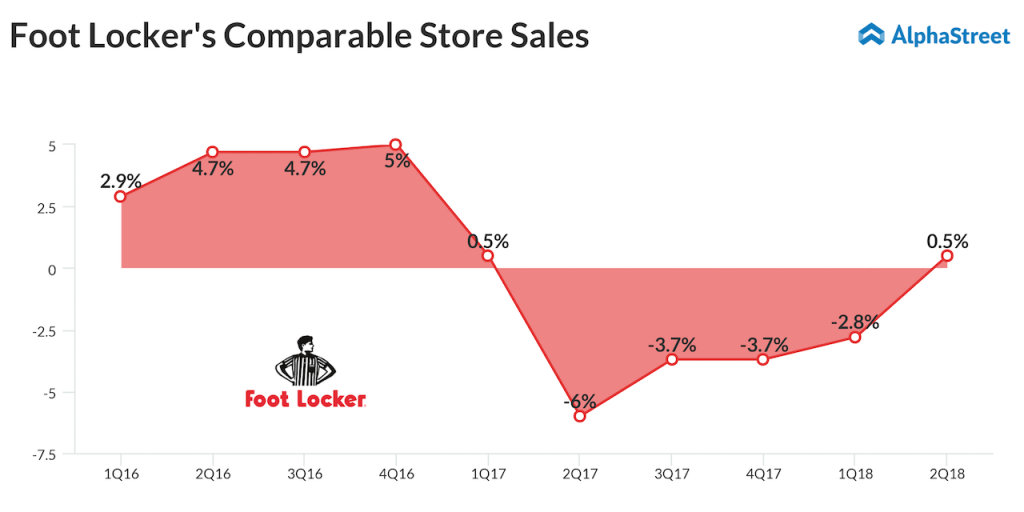 Net income rose to $88 million or $0.75 per share in the June quarter, up from $51 million or $0.39 per share posted a year earlier. Earnings came in above analysts’ forecast. Total sales jumped 4.8% annually to $1.78 billion, exceeding estimates. The company reported a 0.5% rise in comparable store sales, which fell short of expectations.

Foot Locker opened 13 new stores, remodeled or relocated 33 and closed 21 stores during the three-month period. As of August 4, 2018, the company operated 3,276 stores in 24 countries. It had $1.25 billion of merchandise inventories at the end of the quarter, lower by 2.8% compared to the same period last year.

The company reported a 0.5% rise in comparable store sales, which fell short of expectations

“We remain optimistic that our improving product flow and depth in premium styles positions us to deliver stronger comparable sales growth in the second half of 2018,” said CEO Richard Johnson.

Of late, the sports apparel industry has been showing signs of recovery after several months of lackluster activity, with both retailers and manufacturers bringing innovation into their operations and product portfolio.

However, there are concerns that the on-going direct-to-customer shift by vendors, mainly involving online platforms, will continue to drag profitability. A lion’s share of Foot Locker’s revenue comes from products supplied by industry leaders like Nike (NKE), Under Armour (UAA) and Skechers (SKX).

Dick Sporting Goods (DKS), another leading player in the sector, is scheduled to report results for its most recent quarter on August 29.

Over the past few years, Foot Locker shares mostly underperformed the market amid investor concerns over its muted earnings performance. The stock, which made some modest gains since the beginning of the year, dropped following the earnings report but stabilized later. 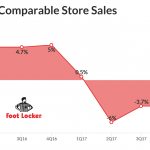