After reaching a tentative truce agreement with the striking workers, General Motors (NYSE: GM) is preparing to report third-quarter results on October 29 at 8:00 am ET. The automotive giant is expected to have earned $1.31 per share on revenues of $33.82 billion, down 5% from last year. 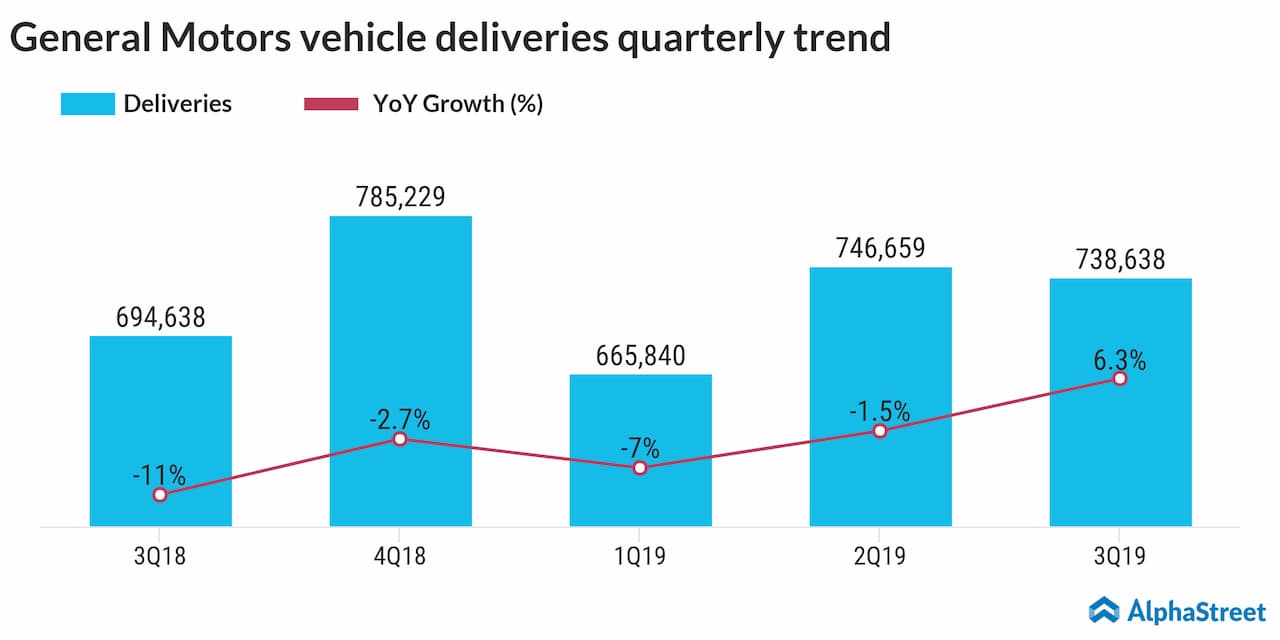 North America, which accounts for more than three-fourths of total sales, will be the deciding factor as far as the September-quarter performance is concerned. Despite the operational issues and competition, sales should benefit from the new crossover lineup that complements the growing demand for bigger vehicles like SUV in the domestic market. The efforts are likely to translate into earnings growth.

The rapidly emerging GM Financial segment is estimated to have contributed to the top-line in the to-be-reported quarter, as it did in the previous period. Meanwhile, GM International will likely continue the recent trend and record negative growth once again, partially offsetting the uptick in the other areas. 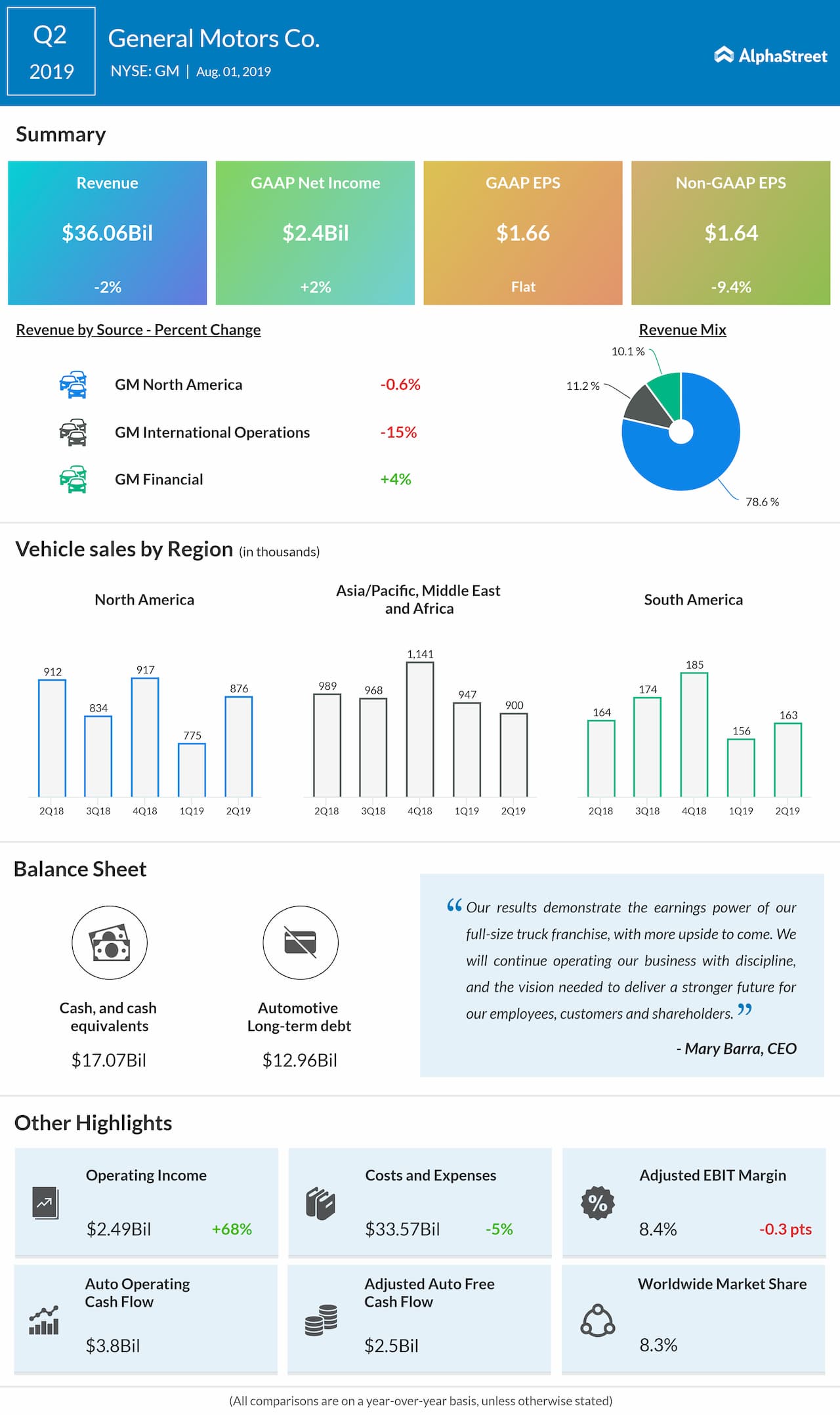 The management expects to improve profitability, going forward, through the effective execution of its cost reduction program. The ongoing workers’ strike and the continuing weakness in China, where the company is planning to launch several new models this year, are the main issues facing it right now.

Though production was disrupted due to the stir towards the end of the third quarter, it might not have impacted the results much. Meanwhile, the progress in talks that led to a tentative agreement between the two sides this week is a relief for the company.

In the second quarter, GM reported stronger-than-expected earnings of $1.64 per share, despite a 9% year-over-year decline. Lower unit sales both in the domestic market and overseas, especially for passenger cars, dragged down sales by 2% to $36 billion. If the past performance is any indication, another earnings beat is very much in the cards this time.

Shares of General Motors had a  positive start to 2019 but witnessed high volatility in recent months. The stock gained 6% since the beginning of the year and 11% in the past twelve months.