Ford Motor Company (NYSE: F) reported an increase in third-quarter earnings, despite a decline in revenues. Earnings came in above Wall Street’s prediction. The stock slipped during Wednesday’s after-hours session as the company trimmed its full-year guidance. 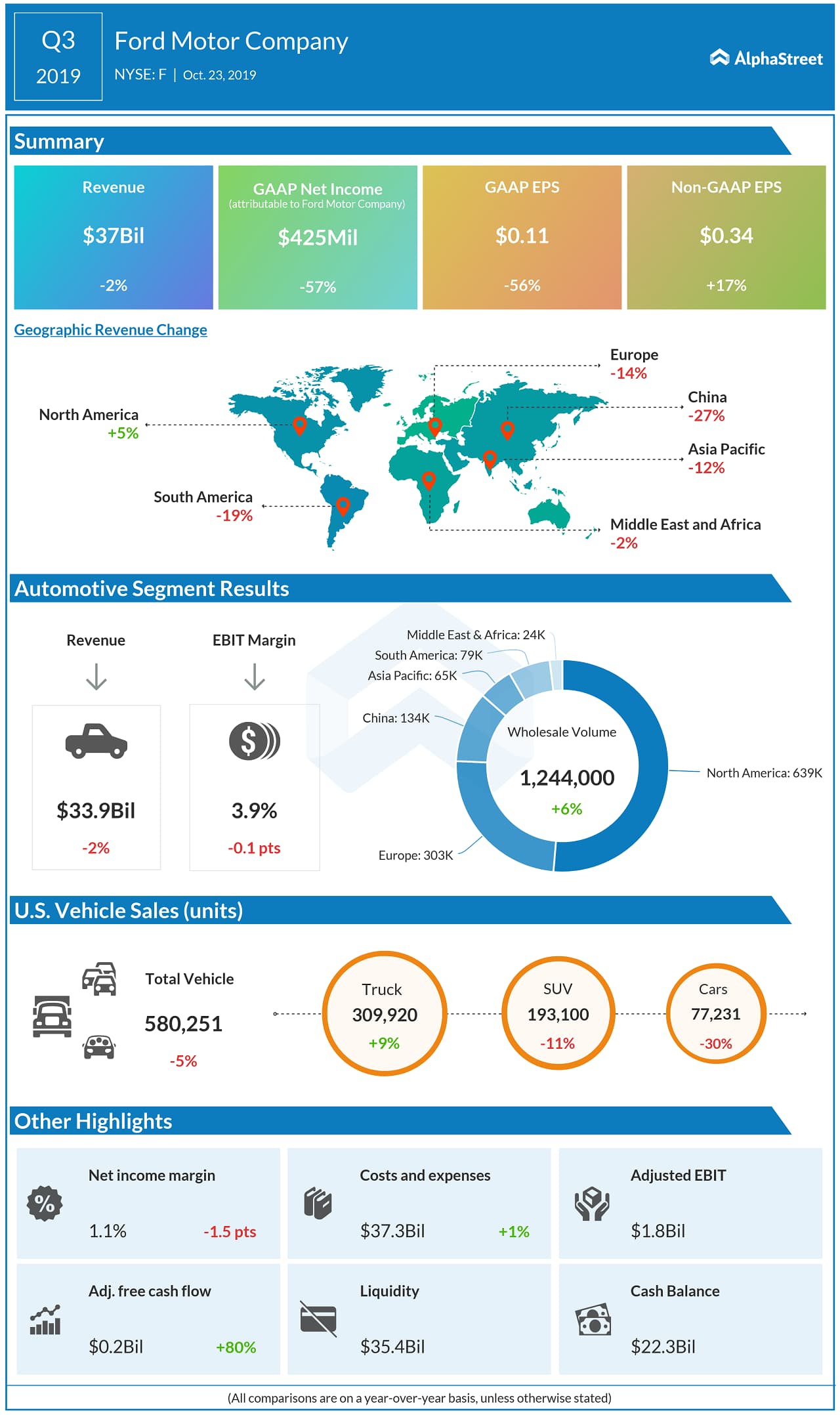 “Our Global Redesign is about making choices to transform our organization, to become the world’s most trusted company and a clear leader in an era of rapid change. We are getting stronger today and we have more work to do,” said CEO Jim Hackett.

The company said it continues to expect lower full-year structural costs in the Automotive business and anticipates full-year growth in adjusted free cash flow. Meanwhile, it lowered the full-year adjusted EBIT guidance to between $6.5 billion and $7.0 billion, to reflect the increase in warranty costs, higher than planned incentives in North America, and lower volumes in China.

Full-year adjusted earnings are currently expected to be between $1.20 per share to $1.32 per share, down from the last year’s levels. The estimated adjusted effective tax rate is 12-13%.

Ford’s stock closed Wednesday’s session near the levels seen a year earlier. It is yet to recover from the losses that followed the dismal second-quarter performance. The stock dropped sharply Wednesday evening following the earnings report.