ImmunoGen Inc (NASDAQ: IMGN) on Friday reported weaker-than-expected top line in Q1, as the biotech firm continued to burn money on research and development without yet finding much success. Revenues plunged as much as 57% to $8.6 million, missing the street view of $10 million.

It may be noted that the biotech firm doesn’t have any product revenue; it conducts research mainly by inking partnerships with its peers and receiving royalty and milestone payments. 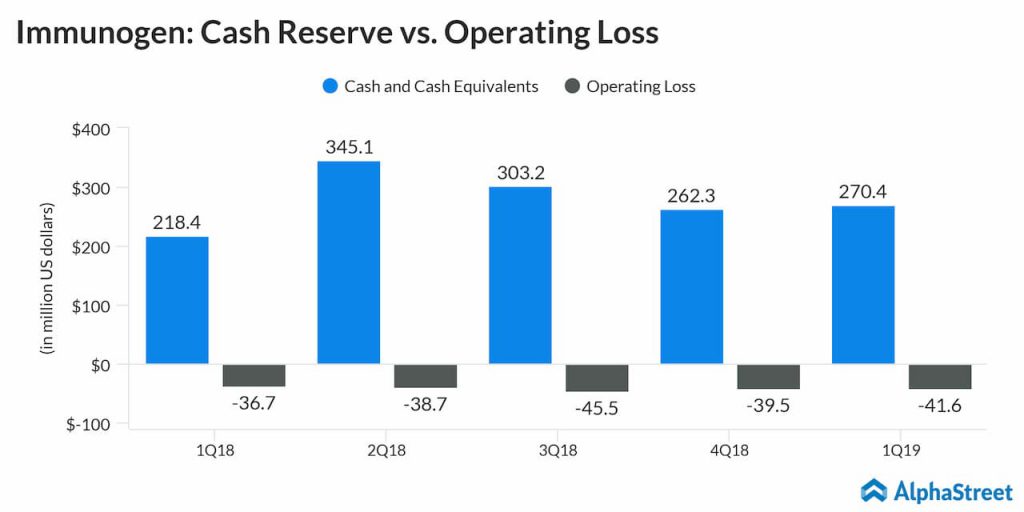 During the quarter, the company lost 30 cents per share, compared to 31 cents per share expected by the Wall Street. The results sent IMGN shares down 4% during pre-market trading.

ImmunoGen is one of the worst performing stocks out there, losing about 78% of its value over the course of the past 12 months.  The stock, which was already on a gradual downward trajectory, fell off the cliff in March when it announced that its most advanced cancer treatment failed to meet the primary endpoint in Phase 3 clinical trial.

This came as a rude shock to ImmunoGen bulls, who were betting on mirvetuximab soravtansine to drive future revenues for the company. The Waltham, Massachusetts-based biotechnology firm does have other developmental drugs, but these are in the initial stage trials, meaning investors will need to wait for more to see results.

The company said it is conducting an operational review to help extend its cash runway, adding that an update to the 2019 full year guidance would be provided only after its completion.

During the last reported quarter, the company had projected full-year revenues in the range of $40 million to $45 million and cash & cash equivalents between $135 million and $140 million.

He added that the management would be meeting with the FDA this quarter to discuss a potential path to registration for mirvetuximab as a monotherapy.