Biotechnology firm ImmunoGen Inc. (IMGN) reported a wider net loss for the fourth quarter, hurt by a sharp fall in revenues. However, both the numbers topped analysts’ forecast, driving the stock higher in Friday’s pre-market trading.

Revenues plummeted to $13.79 million in the fourth quarter from $39.45 million a year earlier, reflecting a sharp fall in license and milestone fees which account for the lion’s share of total revenues. The top-line, however, came in above market expectations. R&D support revenue dropped 52%, while clinical materials revenue and non-cash royalty revenue gained 19% and 28% respectively. 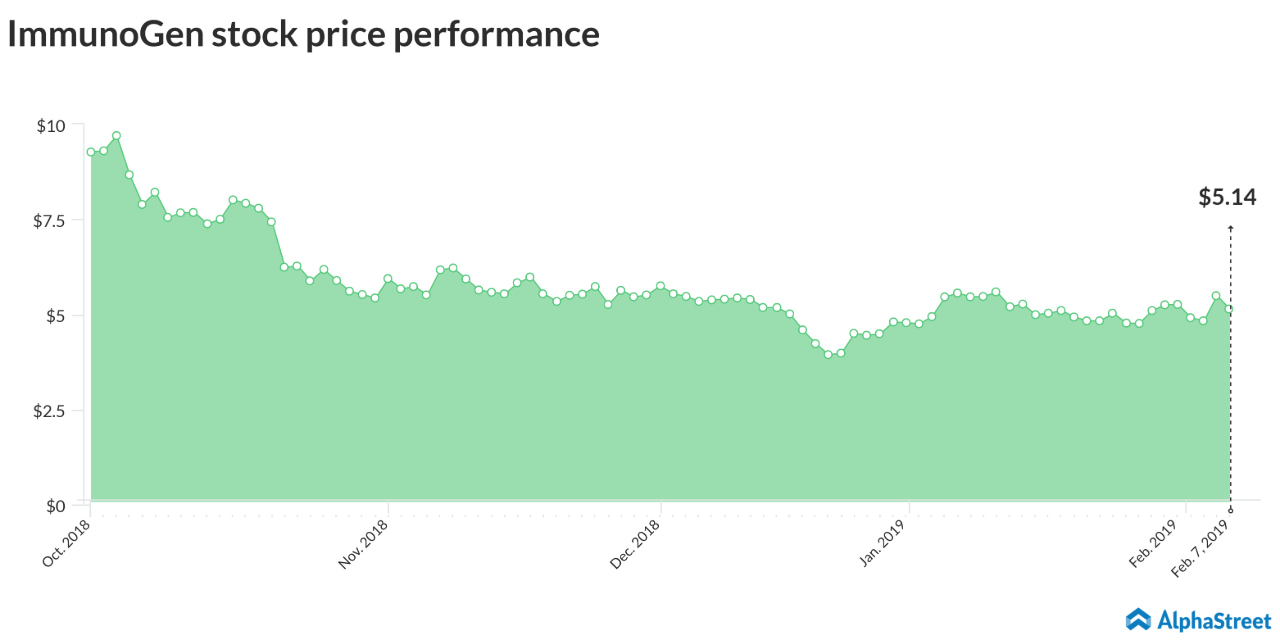 Revenues plunged during the quarter, reflecting a sharp fall in license and milestone fees which account for the lion’s share of total revenues

“We generated significant momentum in the business during 2018, led by the completion of enrollment in FORWARD I, our registration study for mirvetuximab soravtansine in platinum-resistant ovarian cancer; the publication of combination data in over 100 patients to support label expansion; and the advancement of our earlier-stage portfolio,” said CEO Mark Enyedy.

ImmunoGen said it expects to publish top-line data from the phase-3 FORWARD-I study on Mirvetuximab Soravtansine in the first half of this year when a marketing authorization application will be submitted for the drug for the treatment of platinum-resistant ovarian cancer. With the commercial planning activities progressing, Mirvetuximab is on track for a potential launch in 2020.

Last month, biotech giant Amgen (AMGN) reported earnings of $3.01 per share for the December quarter compared to a loss in the prior year, supported by a 7% revenue growth. Earlier, Biogen (BIIB) posted stronger than expected earnings of $6.99 per share for its most recent quarter amidst strong top-line performance.

ImmunoGen’s shares lost about 42% in the past twelve months, all along underperforming the market. The stock gained sharply in the pre-market trading Friday, after closing the previous session lower.