Cloud service provider Dropbox, Inc. (NASDAQ: DBX) has reported stronger-than-expected earnings and revenues for the fourth quarter of 2021. The company’s stock made modest gains soon after the announcement. 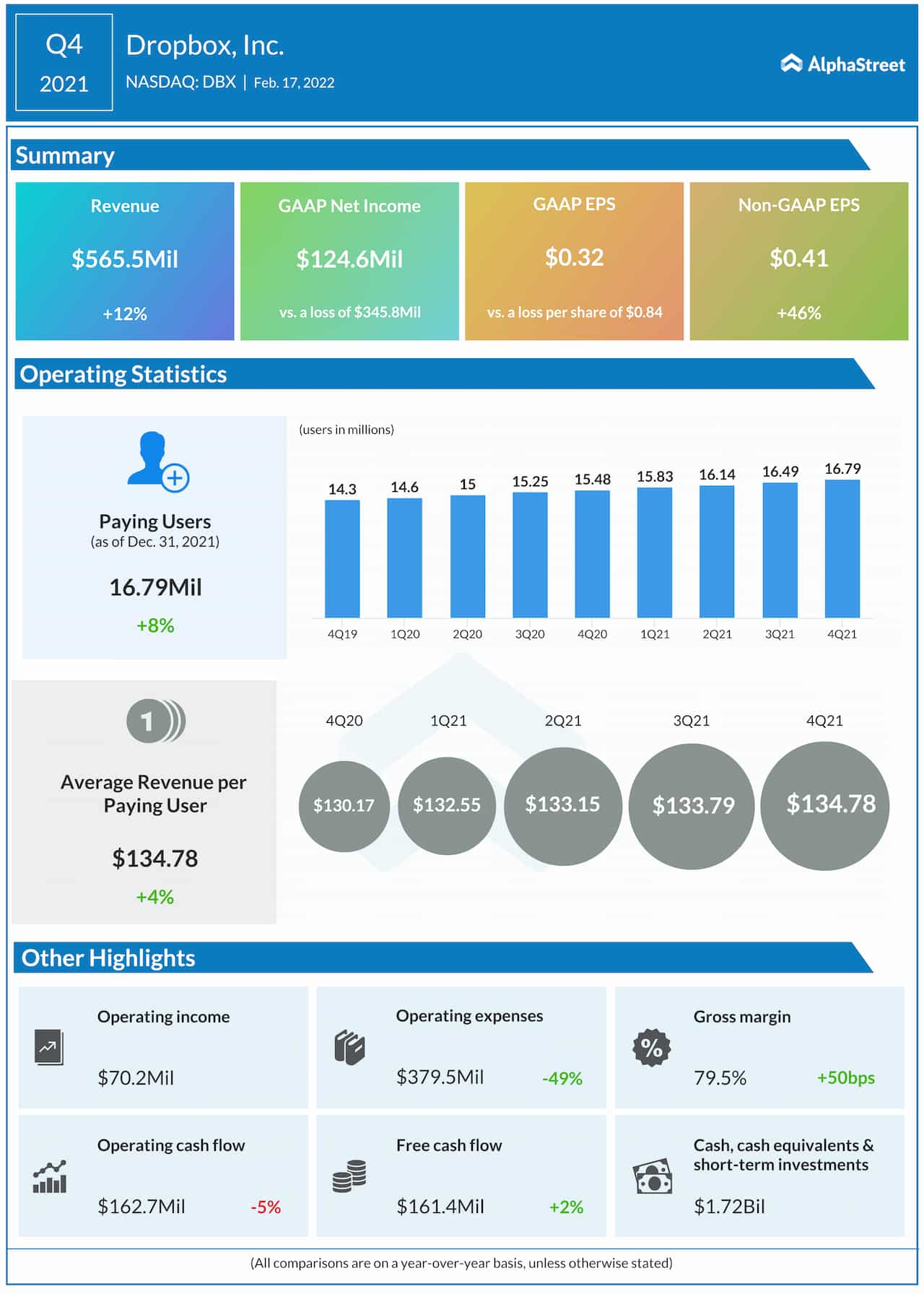 The bottom line benefited from a 12.2% increase in revenues to $565.5 million, which also exceeded the consensus forecast.

Shares of Dropbox opened Friday’s trading higher and gained in the early hours of the session. The stock has lost about 23% in the past six months.