Fast-food chain Domino’s Pizza (NYSE: DPZ) has reported an increase in fourth-quarter adjusted earnings, despite a modest decline in revenues. 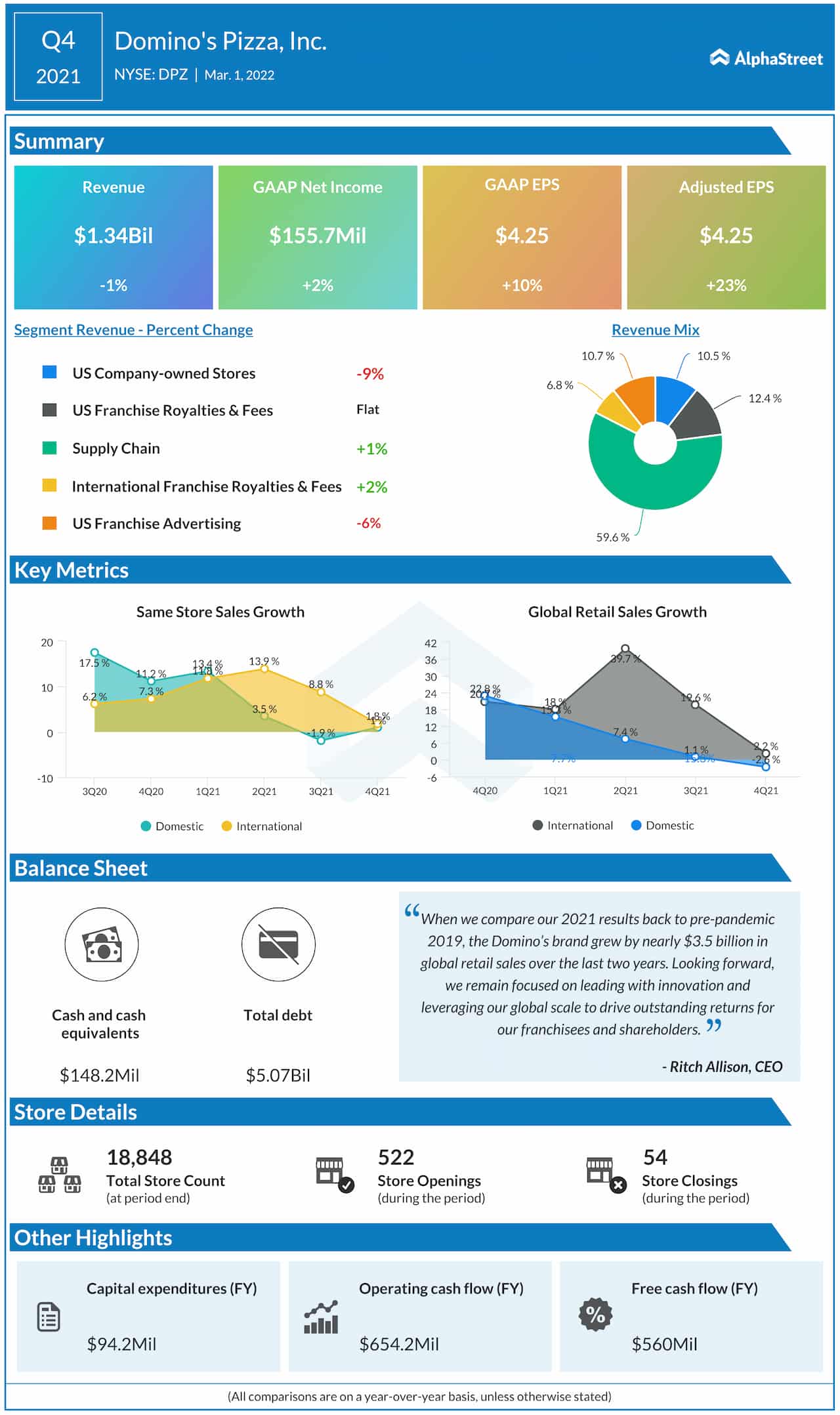 Domino’s shares traded lower on Tuesday afternoon. The stock has declined 28% since the beginning of 2022, after entering the year on a low note.

AMAT Stock: Is now the right time to invest in Applied Materials?

It is estimated that the size of the global chip manufacturing equipment market would nearly double from the current levels to about $142 billion in the next eight years. Applied

Shares of Take-Two Interactive Software (NASDAQ: TTWO) were down over 2% on Friday. The stock has dropped 32% year-to-date and 35% over the past 12 months. Earlier this week, the