Insta duo exit: Is the Facebook ship being run too tight?

Facebook (FB) acquired Instagram and WhatsApp from their founders and turned them into its biggest money-spinners. While both platforms have hit the 1-billion users mark since their acquisitions, all four co-founders have jumped ship leaving the social media giant in shark-infested waters.

However, the market is rife with speculations that the exit is due to increased conflict with Facebook CEO Mark Zuckerberg over the future trajectory of Instagram. The photo-sharing app, which was founded in 2010 and acquired in 2012, has become Facebook’s fastest-growing service with 1 billion monthly active users as of June 2018.

Research firms have estimated that Instagram will generate revenues of around $7 billion to $8 billion this year and Bloomberg currently values the platform at $100 billion, a massive increase over its $715-million purchase price.

It is believed that Zuckerberg was getting increasingly involved in the management of Instagram, which the co-founders who had managed to keep independent till now. With their exit, it is very likely that Facebook will take over Instagram completely and bring about some considerable changes to its operations. 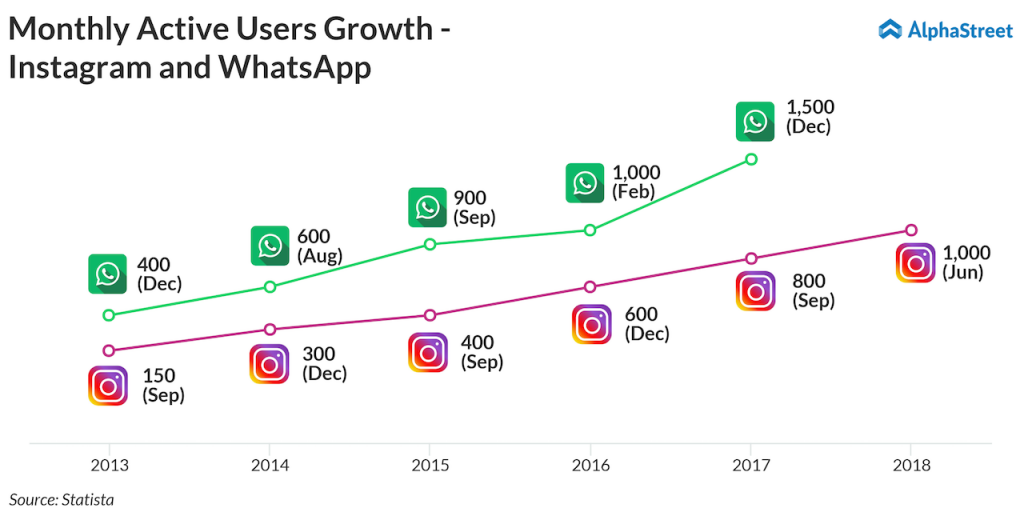 Earlier, Facebook saw the exit of both the founders of its other popular service WhatsApp. The messaging app, which was founded in 2009 and acquired in 2014 for $19 billion, has a user base of over 1.5 billion as of February 2018.

WhatsApp first saw the departure of co-founder Brian Acton in November 2017 followed by his partner Jan Koum in April 2018. Both of them had clashed with Facebook management over the privacy and monetization of WhatsApp. The duo even left their unvested stock options behind in their bid to exit the parent company.

The continuous exit of talented top executives puts the company in a tough position. Some may recall Brian Acton’s tweet asking users to ‘delete Facebook’ in the midst of the Cambridge Analytica scandal. That did not exactly signal the best of vibes.

Facebook’s shares dropped over 2% during morning trade but managed to pare the losses by afternoon. Snap (SNAP) meanwhile gained 5% during the day, benefiting from Facebook’s weakness. Snap was trading at $9.05 as of 3:15 pm ET.