Jabil Inc (NYSE: JBL) reported mixed results for the fourth quarter of 2019. While Jabil surpassed the consensus’ estimates for Q4 earnings, it missed Street’s views on the revenue front. Jabil shares were down about 2% immediately after the earnings announcement in the pre-market trading session. However, the stock recovered and was trading in the positive terriotry at 8:30 AM ET. 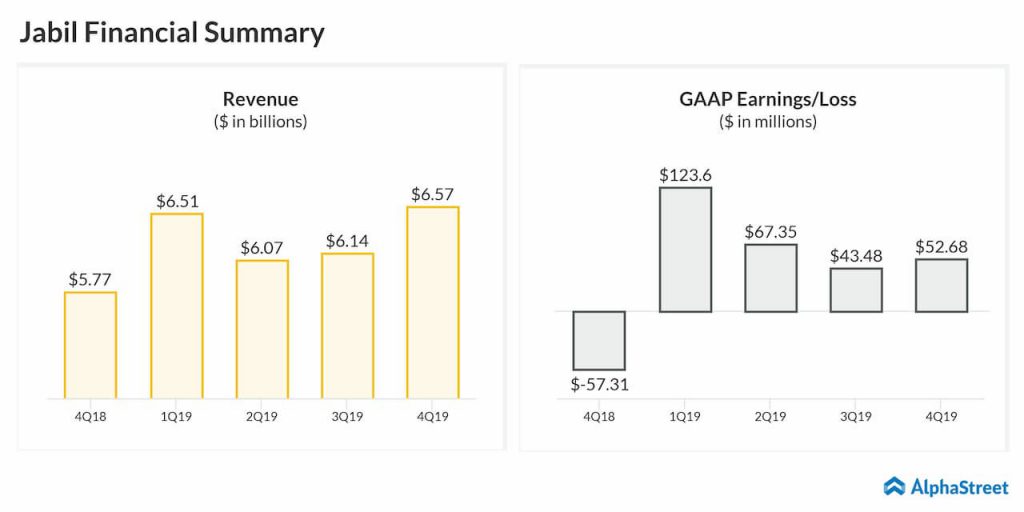 Commenting on FY19 results, CEO Mark Mondello said, “As expected, our revenue was driven higher by targeted end-markets in the areas of 5G, cloud, energy and healthcare.”

The company’s Board of Directors approved a share repurchase program of up to $600 million of Jabil stock.