An experts’ panel framed by India’s Ministry of Health has found that Johnson & Johnson (JNJ) suppressed facts relating to its “faulty” hip replacement devices and has recommended a penalty of at least Rs 20 lakhs (approx. $28,500) per affected patient. Around 4,500 people have been implanted with the ASR hip system, manufactured by J&J unit DePuy Orthopaedics.

The committee has also suggested that the New Jersey-based medical equipment giant is made liable for reimbursements on revision surgeries till 2025, The Indian Express reported.

This comes amidst Johnson & Johnson’s legal tussle over its talc-based products in the US. Only last week, the company had announced that it would appeal against a massive $4.69 billion verdict against it in this case by a Missouri judge.

Hip replacement surgeries are done on patients whose hip joints have worn out, causing acute pain. However, if the prosthetic joints are defective, it causes more harm than good and a corrective surgery may be required.

As per the committee’s report, at least four cases relating to hip replacement devices have been reported so far, while about 3,600 patients are untraceable.

The pharma giant had obtained regulatory approval for its ASR hip replacement device in India on December 23, 2009, only days after the product was recalled in Australia. The experts’ panel argues that the authorities were informed about the recall neither during the regulatory application nor when the company received an import license in January 2010.

The product, which first received US FDA approval in 2005, was later recalled worldwide in August 2010. In 2013, DePuy Orthopaedics had announced a $2.5 billion compensation to settle allegations of faulty hip replacements for over 8,000 US patients.

Meanwhile, a Johnson & Johnson spokesperson told The Indian Express that there was no recall in Australia as alleged. The spokesperson added that the device was discontinued in the continent as the demand was dwindling. 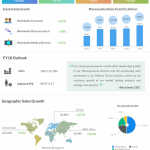