McDonald’s (MCD) is loved for two reasons – burgers and market-beating earnings figures. The hamburger giant has set a standard for itself surpassing earnings estimates in the past two quarters and we see no reason why it shouldn’t repeat this in Q3 as well.

As the company reports third-quarter results on October 23, analysts on an average expect EPS of $1.98 on a revenue of $5.28 billion. Even analysts are quite bullish on the stock with 24 of them awarding a BUY rating. McDonald’s has an average price target of $183.29, which is at 9.7% upside from Friday’s mid-day trading price. 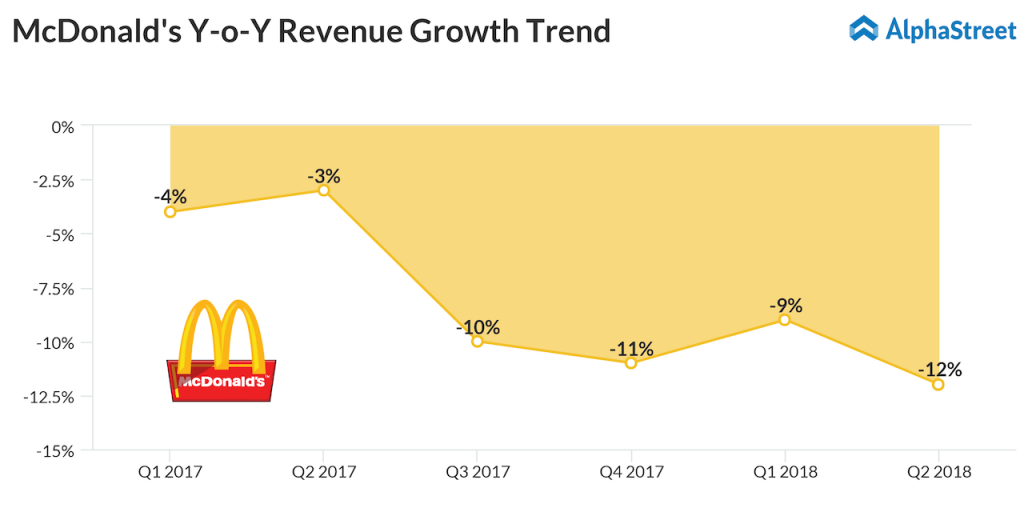 McDonald’s has been witnessing a decline in year-over-year sales over the past few quarters, but this was primarily due to the refranchising activities taken up by it. During the second quarter, revenue fell 12%, but this did not dent the company’s comparable sales, which grew a decent 4%. The company also reported an earnings surprise of 3.65%.

Revenue will, meanwhile, see more declines in the third quarter, as the burger chain continues to implement its restructuring strategy. Under this strategy, the fast food giant is cutting down on the number of company-owned outlets and replacing them with franchise outlets. While this strategy has helped in improving earnings, the topline is taking a hit in the short term.

However, reported comp sales have rallied over the past three years and should continue through the third quarter. Adding to that, the fact that the company has been focusing more on limited-period menus and other value offerings should also work in its favor.

In the retrospect, McDonald’s shouldn’t worry investors much following Q3 results and should easily be able to continue its momentum.  The stock has been mostly flat in the past 52 weeks.