The Meet Group stock, which closed down 2.6% at $5.65 yesterday, was further down about 4% in the pre-market hours today. 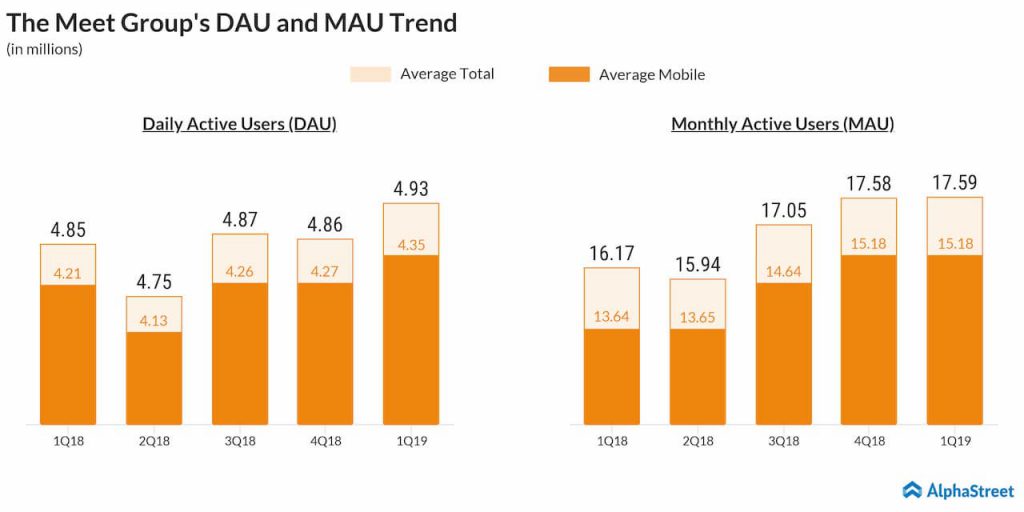 On a GAAP basis, Meet Group reported net income of $1.3 million or $0.02 per share compared to a net loss of $4.2 million or $0.06 per share, in the prior year quarter. Revenue grew 32% year-over-year, aided by the growth in video revenue.

“We grew video revenue to more than $20 million, a more than four-fold increase from the year ago quarter, and we set new records growing video revenue on each of our apps. Average video revenue per daily active video user increased to 26 cents, up from 18 cents in the fourth quarter of 2018, while approximately 20% of users engaged in video every day,” said CEO Geoff Cook.