Shares of Micron (MU) made strong gains Thursday after the chipmaker reported record high revenues for the fourth quarter, sending its earnings beyond Wall Street expectations. 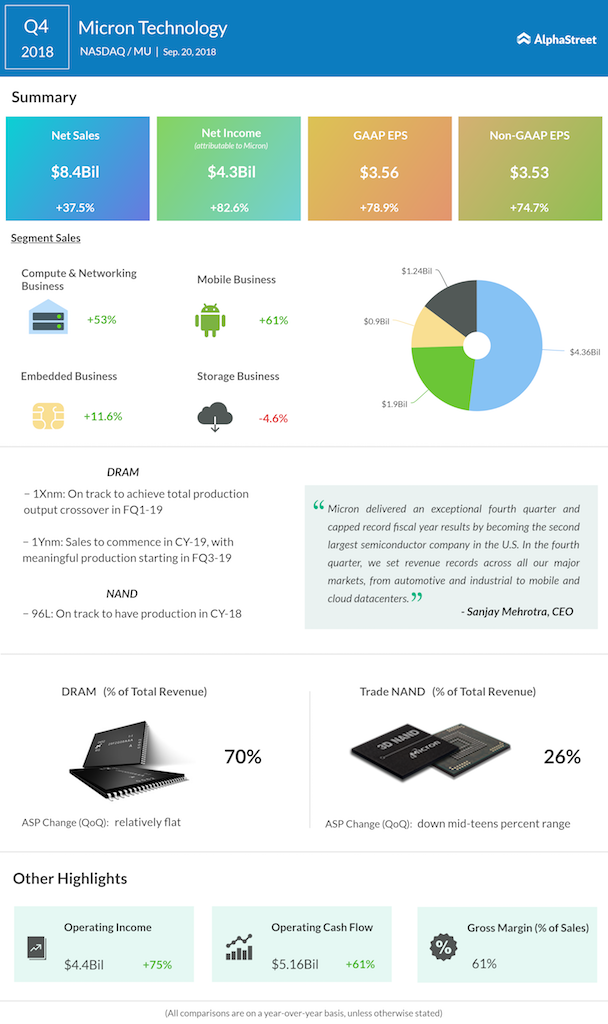 The Boise, Idaho-based semiconductor giant posted adjusted earnings of $4.31 billion or $3.53 per share for the quarter, compared to $2.39 billion or $2.02 per share in the same period last year. On a reported basis, earnings surged 79% to $3.56 per share. The bottom-line came in above street expectations and the company’s own guidance.

Net sales jumped 38% annually to a record high of $8.44 billion during the quarter amidst strong demand growth across all markets, mainly for its DRAM and NAND chips. Analysts were looking for a slower sales growth.

“The secular and diversified growth drivers in our industry combined with accelerating pace of transformation of the new Micron form a tremendous catalyst for us to create enduring value for our customers and investors in 2019 and the years ahead,” said CEO Sanjay Mehrotra.

Strategic pricing of the flagship products, which account for most of Micron’s revenue, and the resultant margin growth continue to give the company a competitive advantage over rivals. The impressive results assume importance considering the widespread concerns that the chip market is slowing down.  It is also feared that the trade war between Washington and Beijing could have a negative impact on the sector, which is already being challenged due to oversupply. 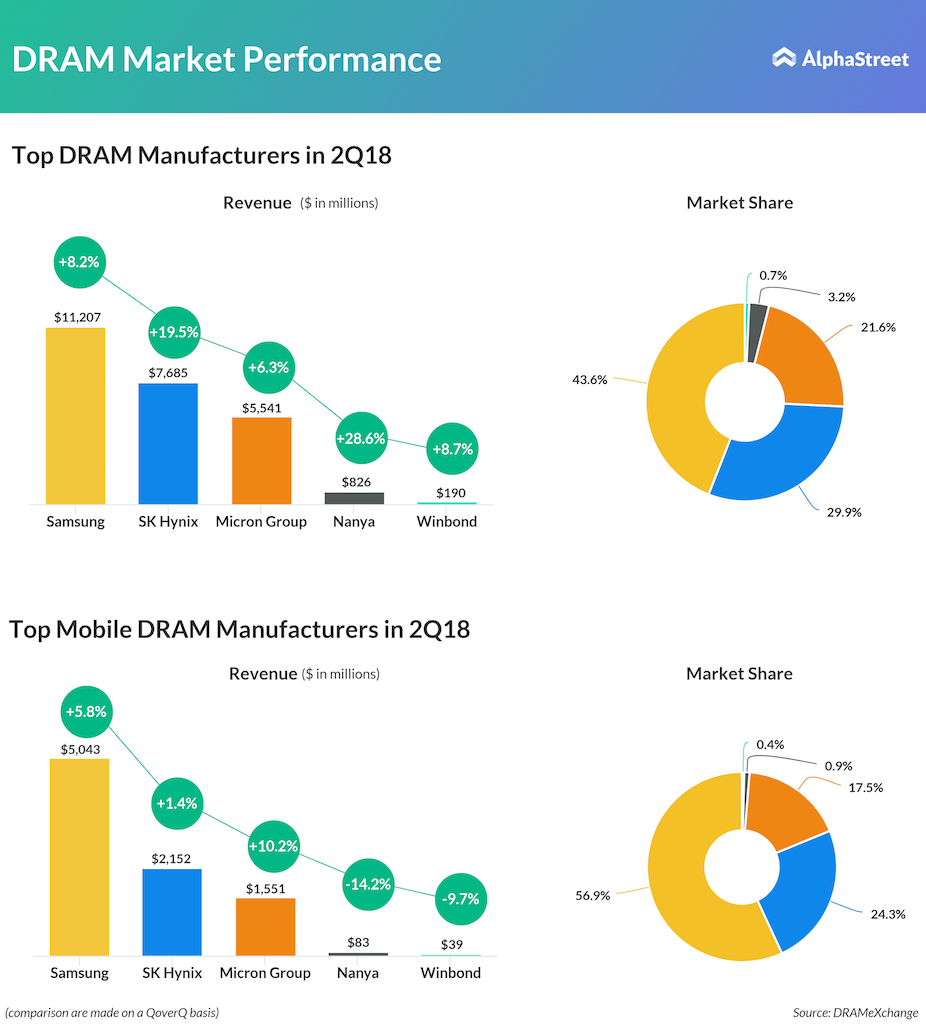 During the three-month period, Micron repurchased or converted $2.23 billion principal amount of its debt, slashing the value of total debt to $4.64 billion.

In a separate statement, Micron said Mike Bokan was appointed as SVP of Worldwide Sales effective October 1, to succeed Steve Thorsen who is retiring after serving the company for about 30 years. Bokan will be reporting to Mehrotra.

Last week, Goldman Sachs (GS) downgraded Micron from Buy to Neutral, sending the company’s shares tumbling. Earlier, the stock had slipped from an 18-year high after the third-quarter earnings report triggered a selloff. It rose about 2% during Thursday’s regular session and gained further in the after-hours.