Microsoft earnings preview: Expect thunderstorms out of the cloud

Microsoft (MSFT) is set to report its fourth quarter and full-year 2018 results on Thursday after the closing bell. The software giant has been keeping investors on cloud nine from the time Satya Nadella took over the leadership. On July 12, it became the fourth $800 billion market cap company with other three being Apple (AAPL), Amazon (AMZN) and Alphabet (GOOGL). The company is once again ready to beat the consensus estimates for the June quarter.

Analysts estimate Microsoft to deliver earnings of $1.08 per share in the fourth quarter. More than 90% of the analysts covering Microsoft have recommended to “Buy” the stock. Analyst firm Morgan Stanley has confirmed its rating of “Overweight” with a price target of $130. 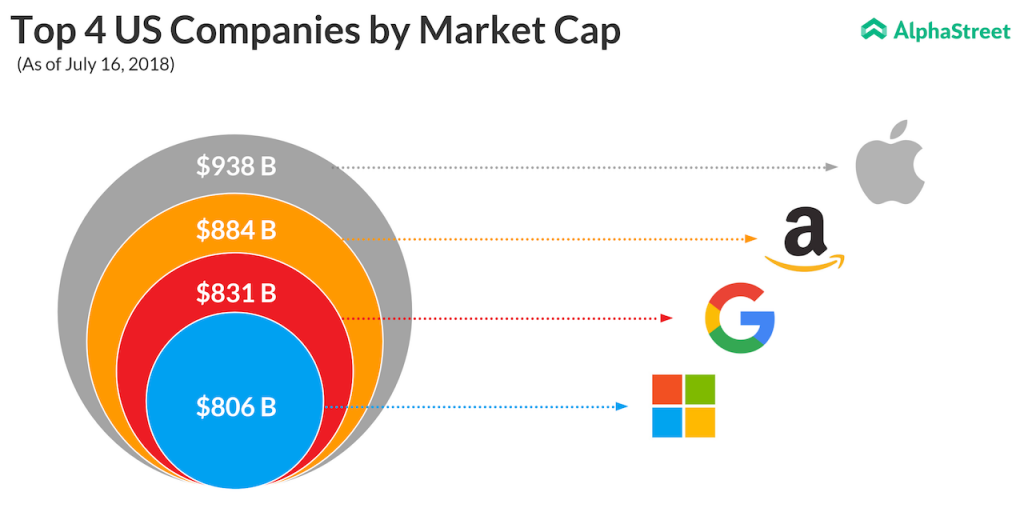 The Redmond, Washington-based company’s cloud service platform Azure is placed next to Amazon’s AWS. Also on Tuesday, the company announced a partnership with Amazon’s rival Walmart (WMT). Under the deal, the retail giant will use Microsoft’s cloud and AI technologies to compete against its primary rival.

Microsoft continues its acquisition spree and has been forming strategic partnerships with other companies in various fields. The tech mogul’s recent snatches include AI start-up Semantic Machines in May and the $7.5 billion acquisition of GitHub in early June.

Azure revenue has been increasing over 90% over the past several quarters. Commercial cloud revenue soared 60% to $6 billion in the last quarter. Apart from its cloud service offerings, Office 365 and gaming are the other segments that people are eagerly watching out. In the last quarter, Office 365 Commercial revenue surged 42% year-over-year and Office 365 consumer subscribers increased to 30.6 million from 26.2 million a year-ago. Gaming revenue grew 18% to $2.25 billion, while Xbox live active users grew 11% to 59 million. Revenue from LinkedIn swelled 37% to $1.335 billion. 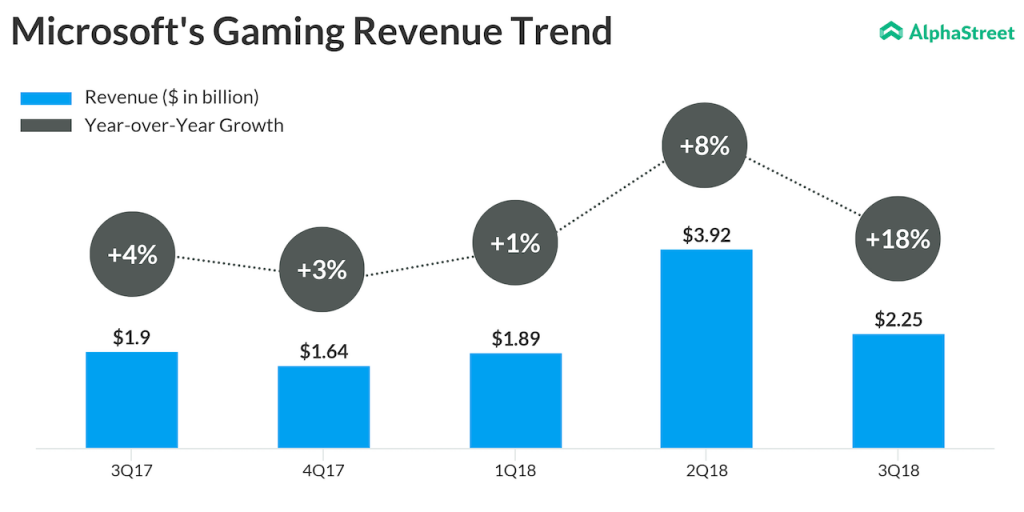 Even though Azure growth is expected to moderate in the future, Microsoft expects plenty of opportunities for margin growth in terms of dollars. Foreign exchange rates and higher tax rates are anticipated to be the headwinds for the company.

All-in-all, we can expect stellar results from Microsoft on Thursday after the bell. The stock, which has four-folded from its 2011 price, today hit a fresh all-time high. Shares of Microsoft have soared 44% over the past year and 24% so far this year. 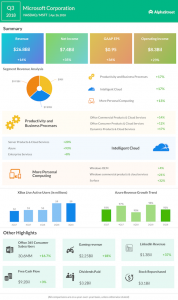