The tech giant’s shares rose over 4% earlier in the day before dipping down and are now up by 3.7%. Microsoft’s stock has gained 29% thus far this year.

Microsoft joins its peers Apple (NYSE: AAPL) and Amazon (NYSE: AMZN) who both made it to the trillion-dollar club but have since fallen below this level. Apple currently has a market cap of $976 billion while Amazon has a market value of $935 billion. 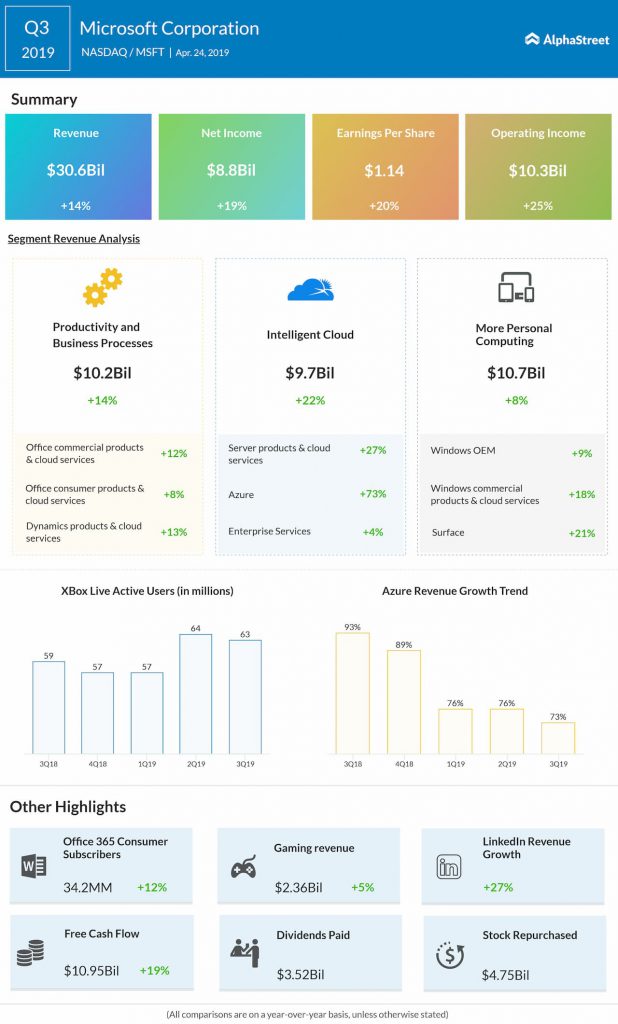 For the fourth quarter of 2019, Microsoft expects revenues to be negatively impacted by foreign exchange. In the Productivity and Business Processes segment, revenues are expected to be between $10.55 billion and $10.75 billion.

Intelligent Cloud revenue is expected to range from $10.85 billion to $11.05 billion. In More Personal Computing, revenues are expected to come in the range of $10.8 billion and $11.1 billion. LinkedIn revenue growth is expected in the low 20s.