Microsoft (MSFT) reported better-than-expected results for the fourth quarter 2018. Non-GAAP earnings of $1.13 per share on revenue of $30.08 billion, beat consensus estimates. Analysts had predicted earnings of $1.08 per share and revenue of $29.3 billion for the quarter ended June 30, 2018. GAAP EPS swelled 7% to $1.14. The stock, which dropped 0.68% to $104.40 during today’s regular trading session, was up after the earnings release. 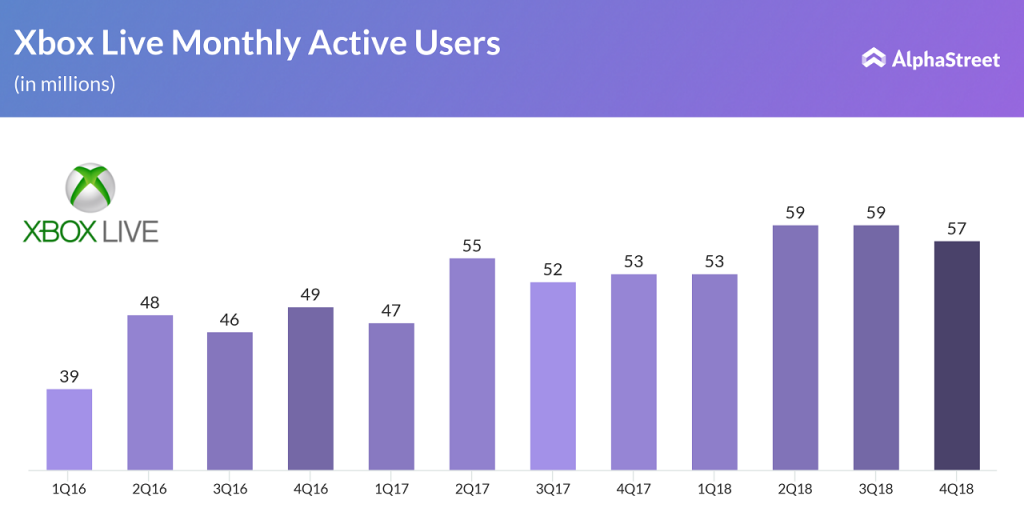 The rival of Nintendo and Sony witnessed a 39% increase in gaming revenue to $2.29 billion and Xbox live active users grew 8% to 57 million compared to the prior-year quarter. Xbox software and services revenue climbed 36%, primarily from third-party title strength. 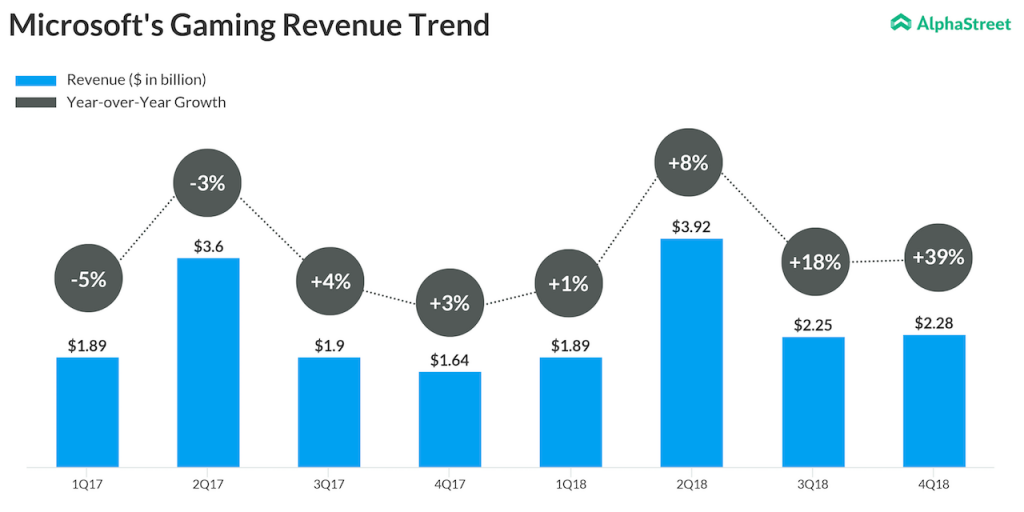 “We had an incredible year, surpassing $100 billion in revenue as a result of our teams’ relentless focus on customer success and the trust customers are placing in Microsoft. Our early investments in the intelligent cloud and intelligent edge are paying off, and we will continue to expand our reach in large and growing markets with differentiated innovation,” said CEO Satya Nadella.

Revenue from Intelligent Cloud grew 23% to $9.6 billion versus the company’s outlook of $8.95-9.15 billion.  As expected, Azure revenue growth of 89% was not as high as in the past few quarters. This is the first time Azure’s revenue growth fell below 90% in the past five quarters.