Chinese premium electric car-maker Nio (NYSE: NIO) delivered 1,340 units of its seven-seater SUV ES8 and five-seater SUV ES6 in June, after two months of declines. In May and April, the company delivered 1,089 and 1,124 units respectively. The increase in volume was due to its strategic collaboration with a Chinese manufacturer. 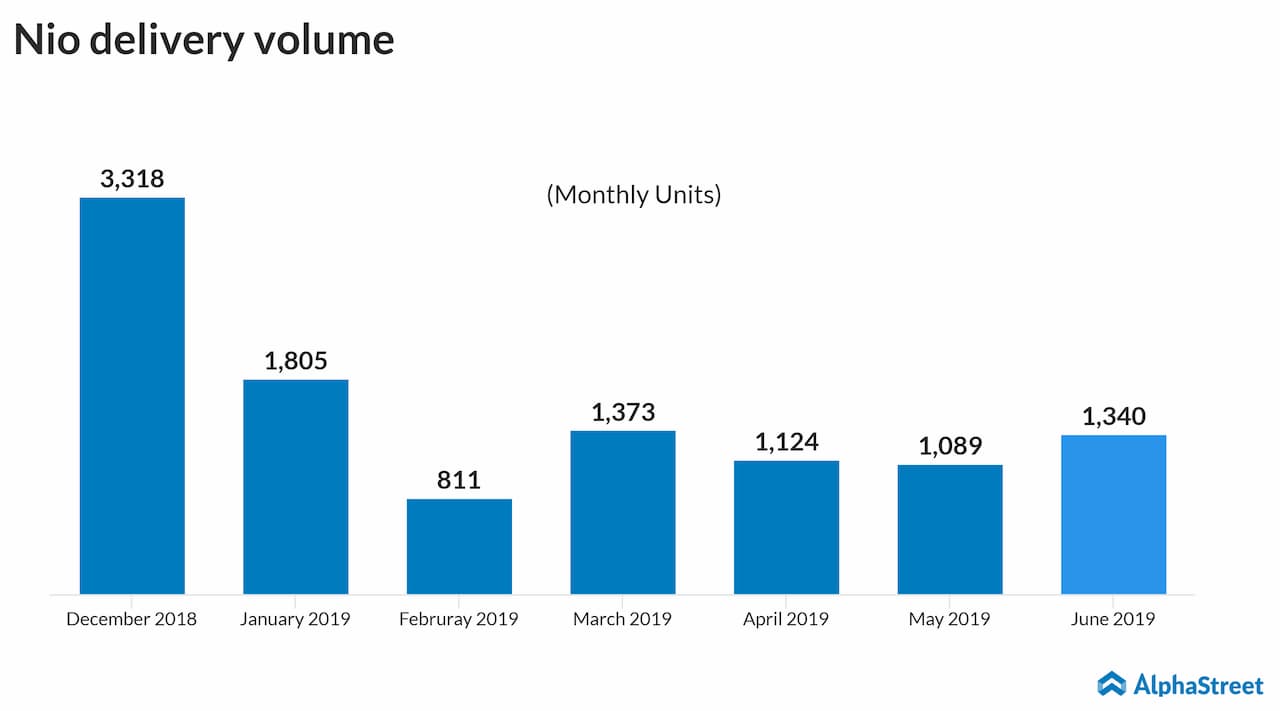 As of June 30, 2019, aggregate deliveries of the company’s ES8 and ES6 reached 18,890 vehicles since the Company’s ES8 commenced deliveries one year ago. The company plans to leverage the platform technologies from the ES8 and the ES6 to build its future models, including the ET7. Nio plans to exclusively sell its vehicles in China for the near future. 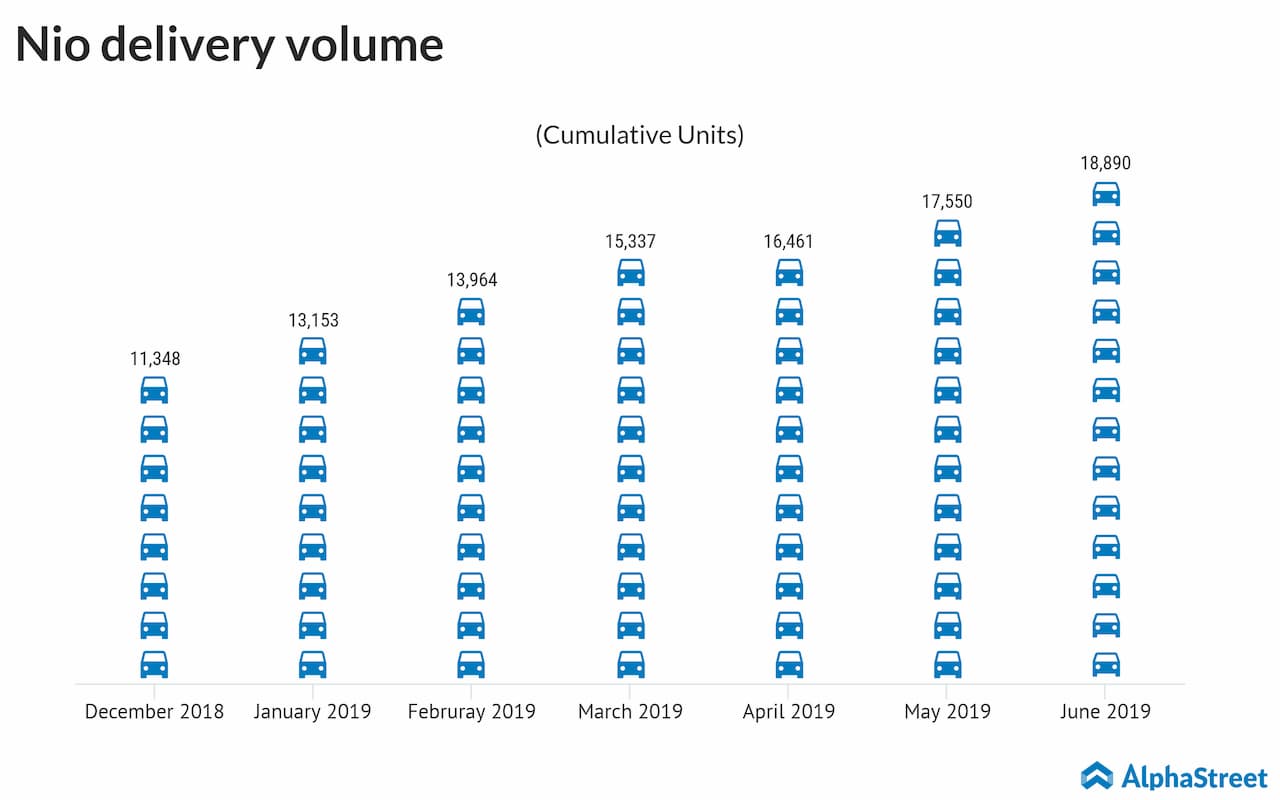 Earlier, Nio had faced weakness due to a greater-than-anticipated slowdown in monthly deliveries, backed by a cut down of EV subsidy and slow macro-economic conditions in China caused by the trade war with the US. A muted Chinese automobile market added to the slowdown in the deliveries.

The company’s goal is to launch a new vehicle model each year for the near future as it plans to offer users more choices to suit their preferences and target different segments within the premium electric vehicle market in China. Nio also plans to upgrade its existing models on an ongoing basis with facelifts for each model around every one or two years and does a major model redesign or upgrade every three years.

In a head-to-head comparison, Nio showed a decline in deliveries quarter-on-quarter in the second quarter of 2019 while Tesla’s deliveries jumped by 87% sequentially. Nio experienced weakness in the quarter. However, Tesla benefited from streamlining of global logistics and delivery operations at higher volumes, enabling cost efficiencies and improvements to the working capital position. 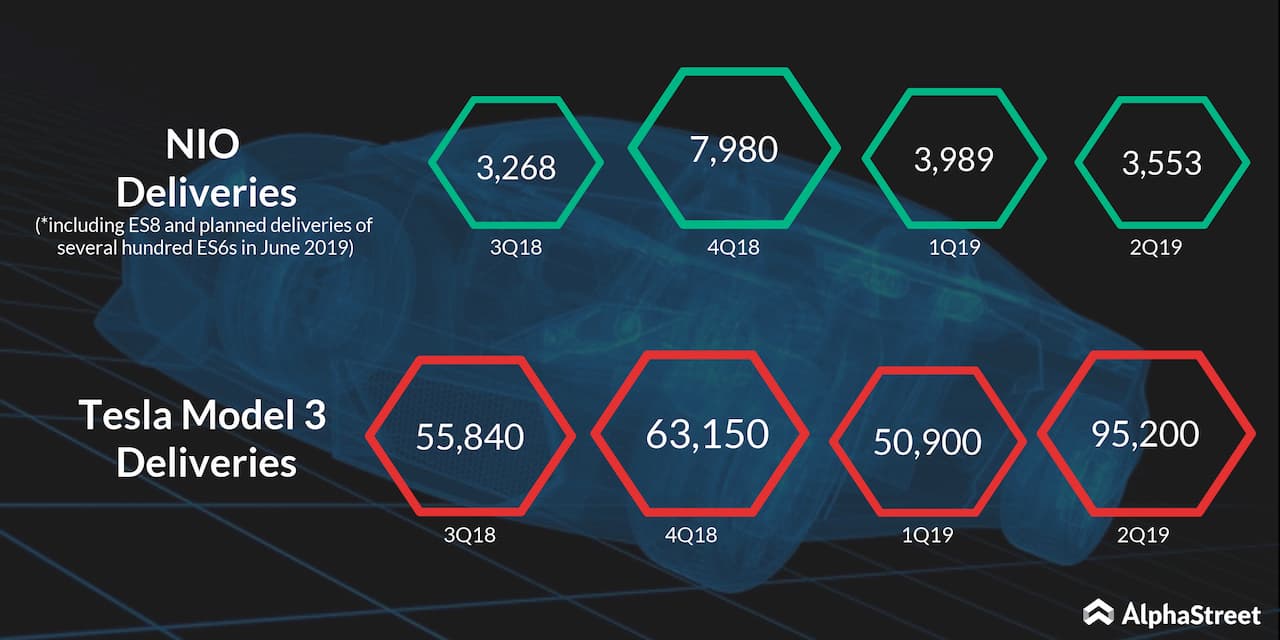 Nio has entered into an arrangement with Jianghuai Automobile Group (JAC) for manufacturing the ES8 for five years with a clause of paying JAC for each vehicle produced on a per-vehicle basis monthly for the first three years, which commenced on April 10, 2018.

As of February 28, 2019, Nio had 1,535 issued patents and 2,594 pending patent applications, 1,829 registered trademarks and 2,084 pending trademark applications in the United States, China, Europe, and other jurisdictions.

Take-Two Interactive Software (TTWO): A look at the headwinds and tailwinds ahead of this gaming company

Shares of Take-Two Interactive Software Inc. (NASDAQ: TTWO) were up over 2% on Wednesday. The stock has dropped 30% year-to-date but has gained 17% over the past three months. The

LYFT Stock: A look at the pros and cons of investing in Lyft

The pandemic came as a setback for Lyft, Inc. (NASDAQ: LYFT) as the ridesharing platform was going through a crucial phase when the travel restrictions were imposed. But the company