Papa John’s International Inc. (PZZA) slipped to a loss in the fourth quarter from a profit last year, due to higher expenses and the impact of lower North America and International revenues. The results missed analysts’ expectations. 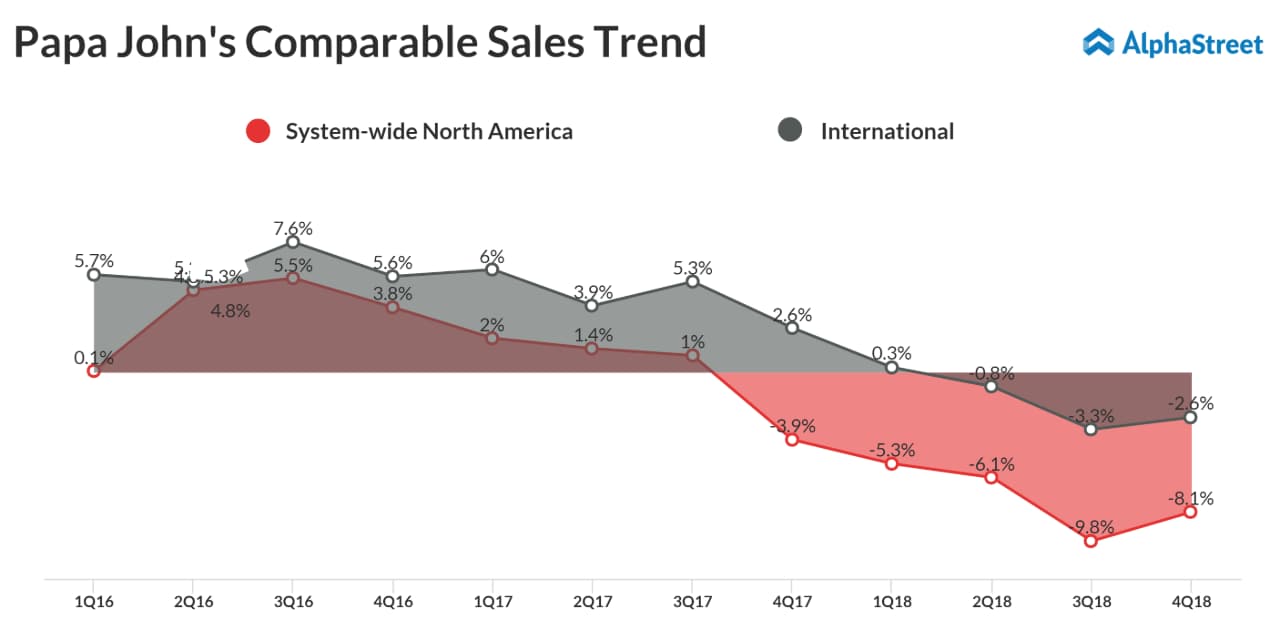 The company did not repurchase any shares after August 9, 2018. For the year ended December 30, 2018, the company repurchased about 2.7 million shares for an aggregate cost of about $158 million. Papa John’s paid a cash dividend of about $7.1 million during the fourth quarter of 2018. On January 31, 2019, the board declared a first-quarter dividend of $0.225 per share, payable on February 22 to shareholders of record on February 11.