Hydrogen fuel-cell maker Plug Power (PLUG) reported a 92% jump in fourth-quarter revenue to $59.8 billion, narrowly beating average analysts’ consensus of $58.78 million. Meanwhile, loss for the quarter narrowed to 7 cents per share but came in worse than the street estimate of 5 cents per share.

PLUG shares fell over 3% during pre-market trading on Thursday. The stock has gained 79% since hitting a yearly low in December. 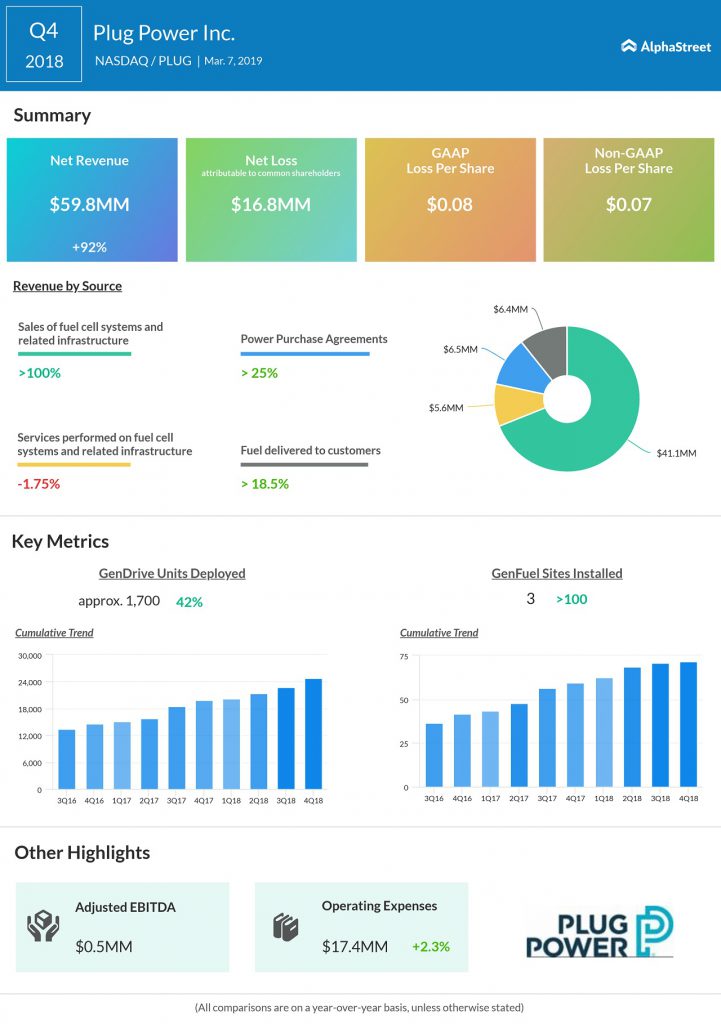 READ: Huawei launches an offensive in America; sues the US government

The company said in a statement, “As we close 2018 and move into 2019, we see continued traction in the material handling market and expect four major business announcements in 2019 in varied adjacent markets, affirming our confidence with 2019 forecasts for $235 to $245 million in gross billings and adjusted EBITDA positive in 2019.”

“Based on numbers put forth in 2018 and our aggressive ramp in 2019, we expect Plug Power to be the largest US MEA supplier by year-end,” Plug Power added.

Back in November, Plug Power had announced the launch of a new manufacturing facility in Clifton Park, with the support of NY State’s Empire State Development. As of Nov. 8, Plug Power had the capacity to produce about 20,000 fuel cell products annually.