Regeneron Pharmaceuticals (Nasdaq: REGN) will be reporting earnings for the first quarter Tuesday before the opening bell. Market watchers are of the view that the company started 2019 on an upbeat note, repeating the solid performance of the fourth quarter. The pharma company is estimated to have earned $5.46 per share in the first there months of the year, which implies a 17% year-over-year increase. Assuming a growth of the same degree, revenues are expected to come in at $1.76 billion.

The stock’s recent pullback and the company’s impressive track record of beating estimates point to a resumption of hectic buying activity ahead of next week’s report. Last year, the results topped expectations by big margins in all the four quarters. 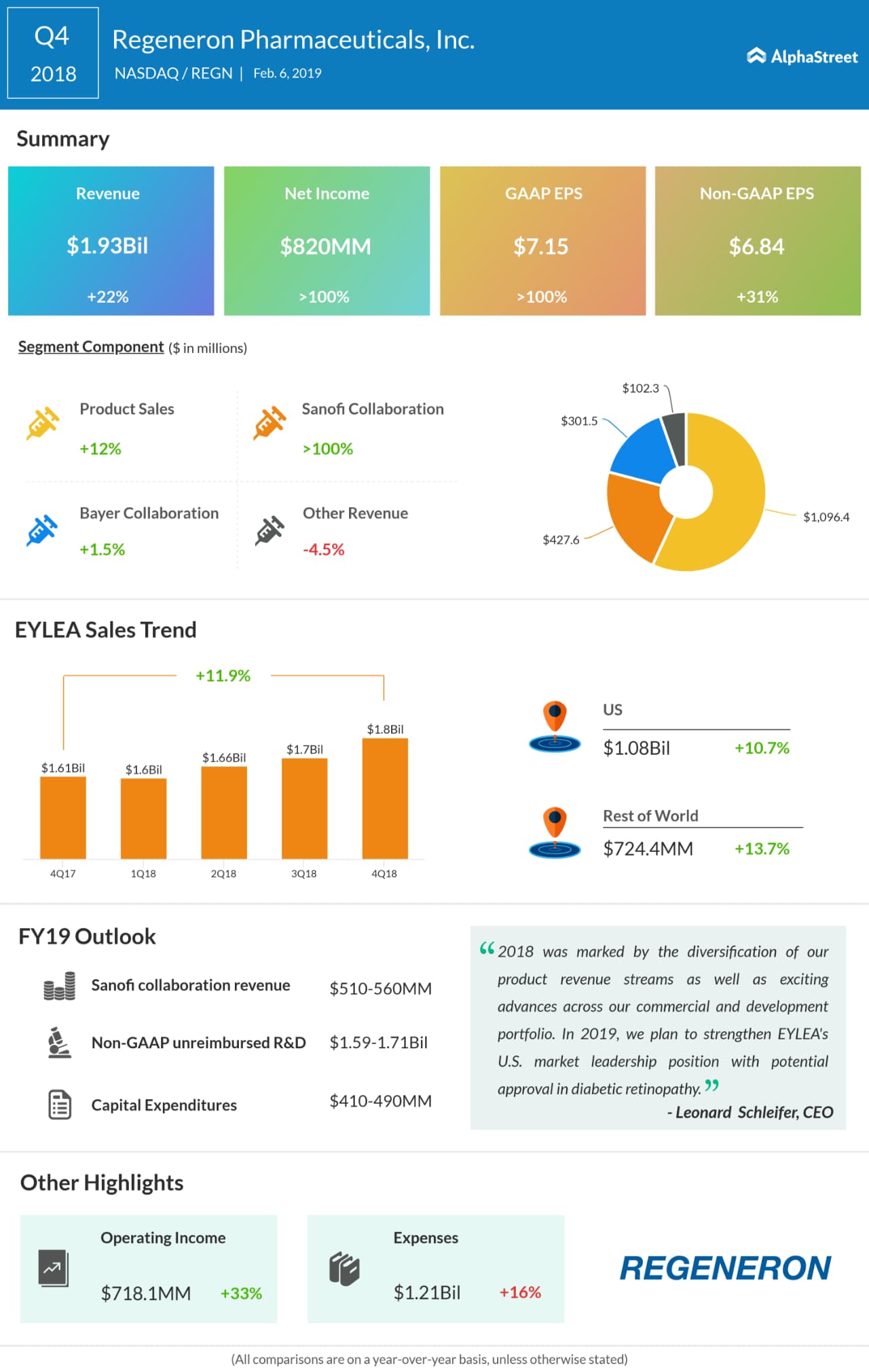 Like in the past, macular degeneration drug Eylea, the company’s flagship product, holds the key to growth this time. Having received FDA approval for Biologics License Application in the treatment of diabetic retinopathy, Eylea will now be reaching more patients than before. Moreover, the management is trying to broaden the prospects of the formulation by pursuing additional indications.

Recently, the company had hinted that work on promoting eczema drug Dupixent – upgrading the label – is also moving in the right direction. In a sign that it is emerging as a key growth-driver, sales of Dupixent picked up steadily throughout last year, especially after it got regulators’ nod for treating atopic dermatitis.

Meanwhile, the company seems to be taking prudent steps to reduce its reliance on Elyea, which is reportedly facing competition from the cheaper alternatives entering the market. The label expansion of Dupixent is in line with that strategy.

In the December quarter, Regeneron recorded a double-digit increase in both revenues and adjusted earnings – to $1.93 billion and $6.84 per share respectively. The performance reflected a spike in product sales with strong contribution from collaborations, especially Sanofi. Benefits from the cost-cutting efforts and lower income tax added to the improvement.

In what could be a reaction to the reports that competition is rising for the drugmaker, the market has been unkind to the stock. The ongoing selloff, despite the company’s positive performance on almost all fronts, has left many investors speculating.