The Singapore-based firm Sea Limited (NYSE: SE) reported its second quarter 2019 results today. The online media and e-commerce company’s loss widened in the recently ended quarter to $280 million from $251 million in the second quarter of 2018. Revenue on an unadjusted basis, jumped 137% year-over-year to $436 million.

Sea stock, which reached its 52-week high ($38.00) in early August, was down more than 10% in the pre-market trading hours and was down 10% when the market opened today. 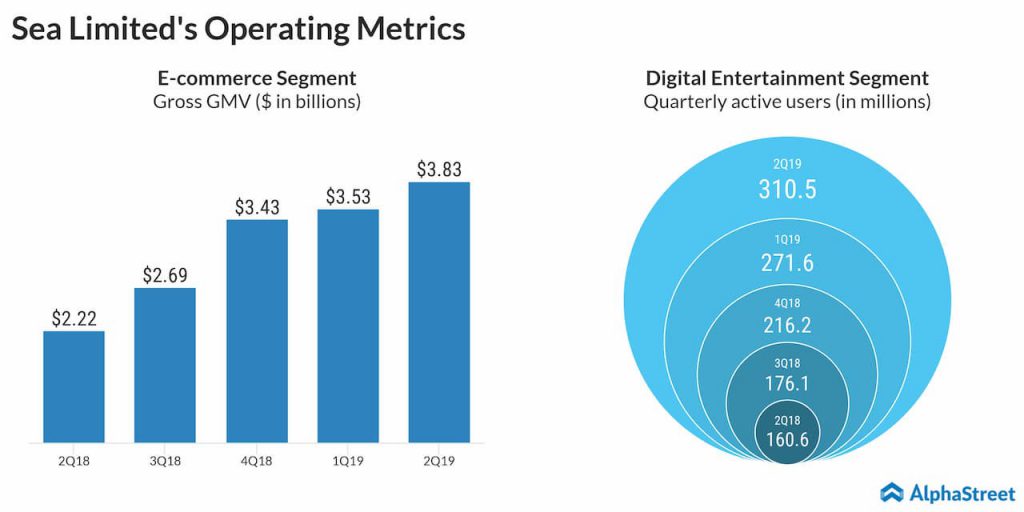 Total expenses in the quarter increased 46% to $332 million. Digital Entertainment segment’s revenue surged 112% and 219%, on an unadjusted basis and adjusted basis, respectively. This increase was due to the growth in the active user base as well as the deepened paying user penetration. E-commerce and other services segment revenue jumped more than 200%, both on unadjusted and adjusted basis.