Multi-channel ecommerce platform Shopify (NYSE: SHOP) misses third quarter 2019 earnings estimates and reported a loss for the quarter sending the stock towards the negative territory. However, revenue topped the targets. For the recently ended quarter, Shopify posted a loss of $0.29 per share compared to a profit of $0.05 per share in the third quarter of 2018.

Analysts had estimated the company to post earnings of 11 cents per share. Revenue jumped 45% to $390.6 million versus the consensus view of $383.76 million. On a GAAP basis, loss per share expanded to $0.64 from a loss of $0.22 per share in the prior-year quarter. Shopify shares were down about 5% in the pre-market trading session. 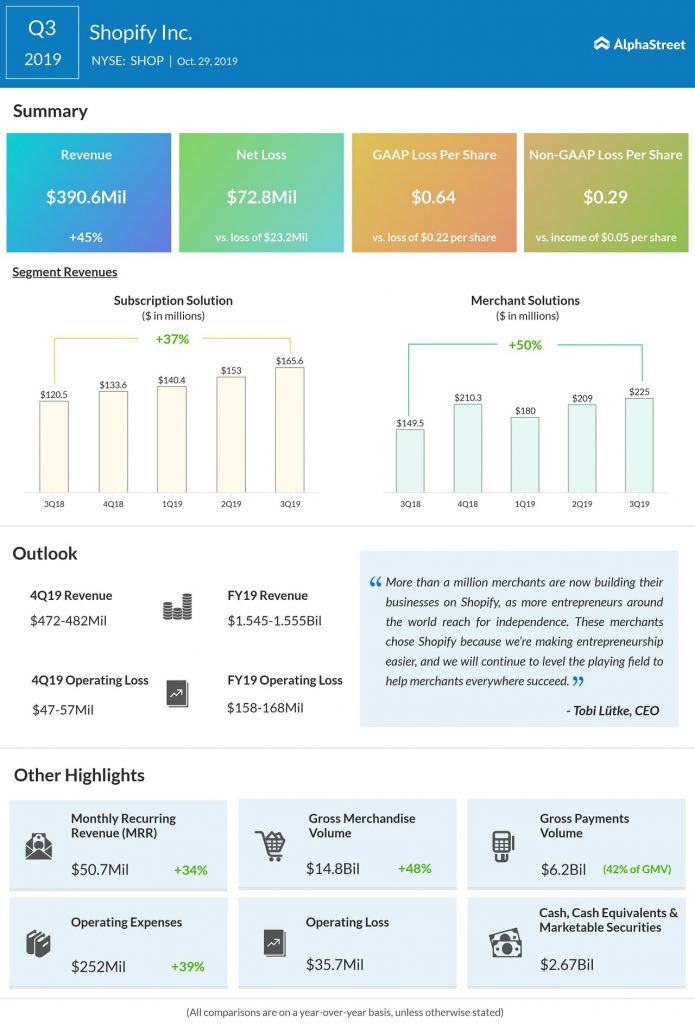 Shopify, which surpassed one million merchants in its platform during the third quarter, reported a 48% year-over-year increase in gross merchandise volume (GMV) to $14.8 billion. Gross payments volume (GPV) grew to $6.2 billion from $4.1 billion in the year-ago quarter.

As part of its expansion initiatives, Shopify completed the acquisition of warehouse fulfillment solutions provider 6 River Systems two weeks back.