Snap Inc. (SNAP) is set to report its third-quarter results on Thursday after the market close. Daily active users count could be the turning point for the social media company but cash burn has remained a major concern among the investors.

Analysts, on average, expect the company to post a loss of $0.14 per share for the third quarter on revenue of $283.52 million. In comparison, during the previous year quarter, the company reported a loss of $0.14 per share on revenue of $207.94 million. Majority of the analysts recommend a “hold” rating on the stock with an average price target of $10.63.

In the midst of the market dominance by the Facebook (FB) and Twitter (TWTR), Snapchat has been attracting users from the social media giants. But it has been ranked much lesser than Facebook’s unit Instagram. Snapchat stories are experiencing a relative decline compared to the Instagram Stories.

Investors will be looking out for the daily active users’ count, which is likely to have a growth from the last year. The company could be impacted by the higher ad spend moderation and industry-wide need for technological expansion could pressure Snap in this quarter. 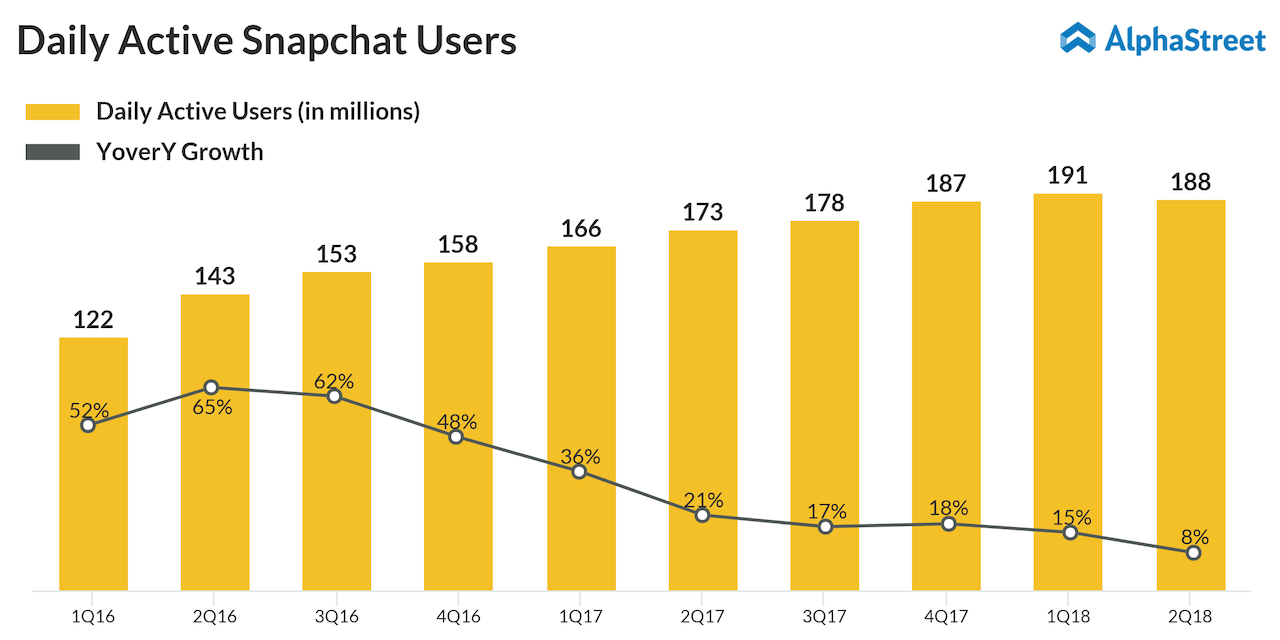 The company could need a capital raise next year as Snap is running out of cash and the third quarter could show more of cash burn than last quarter. In this midst, the CEO Evan Spiegel is likely to announce more cost-cutting measures during the company’s conference call.

Shares of Snapchat has fallen over 55% in the past year and over 53% in the year so far. The stock is expected to fall further due to cash burn, stagnant daily average users growth and competition from Instagram and WhatsApp.