Continuing the epic bull-run, the S&P 500 index set a new intraday record Tuesday as companies keep on drawing inspiration from the strong quarterly profits and emerging signs of improvement on the trade front. On the day it matched the longest-ever bull-market streak, the benchmark index rose to 2,873.23 points, up from the previous record of 2,872.87 set at the beginning of the year.

It has been 3,452 days since the current spell of growth started. If the trend is sustained on Wednesday, the index will be setting yet another record. 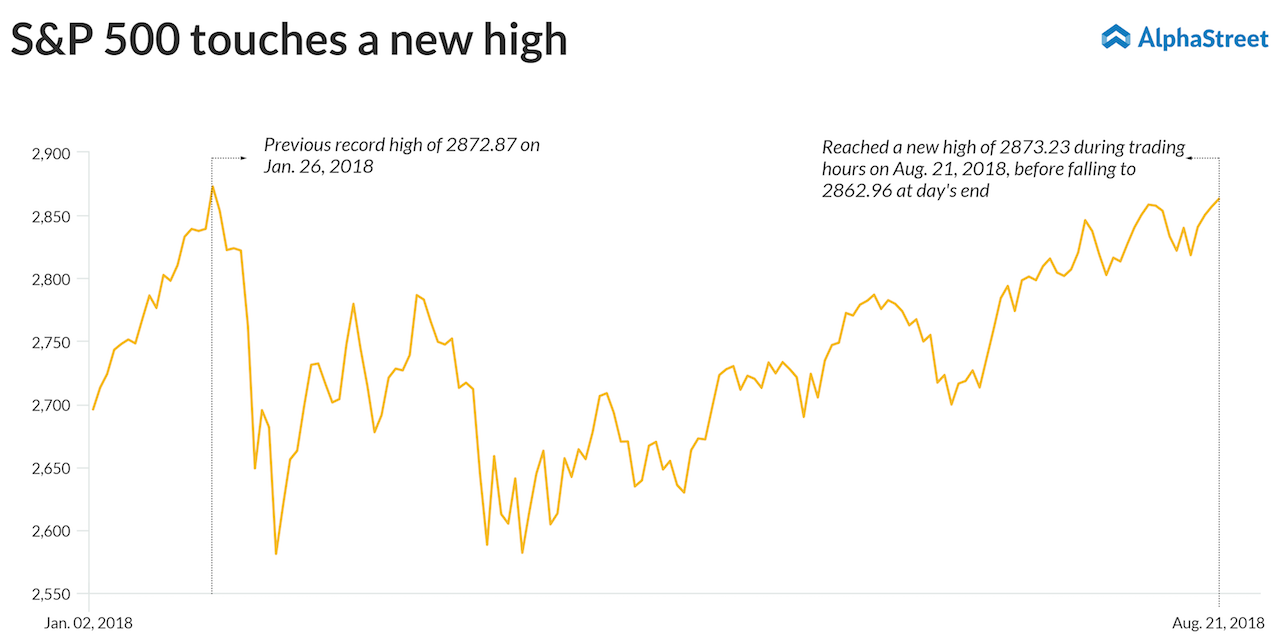 The extended rally in part reflects the improvement in market sentiment, brought about by fresh hopes of the US-China trade tension de-escalating. Investor confidence is also being boosted by the economic recovery that is steadily gathering momentum. In the most recent quarter, gross domestic product expanded at the fastest pace in four years.

The strong gains of TJX Companies (TJX) and Toll Brothers (TOL) following their earnings reports earlier in the day contributed to the upswing. The industrial sub-index, which is typically sensitive to international trade trends, moved up 0.76% and the consumer discretionary index climbed 1.15%.

The fact that January’s record-setting rally was short-lived, despite being more broad-based, gives the impression that the latest pop-up might not be sustained. Since the number of big companies supporting the benchmark index this time is lesser, any major individual fluctuation will affect it.

According to some analysts, the index reaching a peak this time is a natural phenomenon considering the favorable market conditions.  That means a further uptick can be expected in the coming days.

The rebound, nearly eight months after retreating from the previous high, brings cheer to long-term investors who held on to their shares through multiple challenges, including the trade tension and interest rate hikes.

RELATED: The pricy and priceless of S&P 500