Music streaming giant Spotify (SPOT) released its second-ever earnings report in which, it posted a wider loss of EUR 2.20 per share versus EUR 1.24 per share last year. Consensus projections called for a loss of 62 cents. However, the top line rose 26% to EUR 1.27 billion.

The company blamed the new regulations in Europe for the slowed revenue growth.  Referring to the newly launched GDPR act, the company said, “We did see some GDPR disruption across our European markets during Q2 but seem to be largely past that now,” source Reuters.

The Swedish firm’s monthly active users grew 30% year-over-year to 180 million at the end of Q2. The company witnessed Latin America and Rest of World outpace growth in more established markets during this period.

Related: Loss-making Spotify looks for a turnaround through IPO

Spotify makes most of its revenue, nearly 90%, from its premium subscribers. During the quarter the premium subscription base grew 40% to 83 million, mainly driven by the unlimited family plan. The affordable family plan was rolled out in an attempt to outpace competitors Apple Music and Google Play Music.

Average revenue per user (ARPU) was EUR 4.89 in Q2, down 12% year-over-year but sequentially up 4%. This increase from Q1 was largely due to the timing of the company’s bi-annual campaigns, which created a seasonal impact on both revenue and gross margin.

Related: Spotify makes dazzling debut; but falls on the second day of trading

Spotify anticipates 18-35% increase in total revenue to EUR 1.35 billion to EUR 1.55 billion during this period. 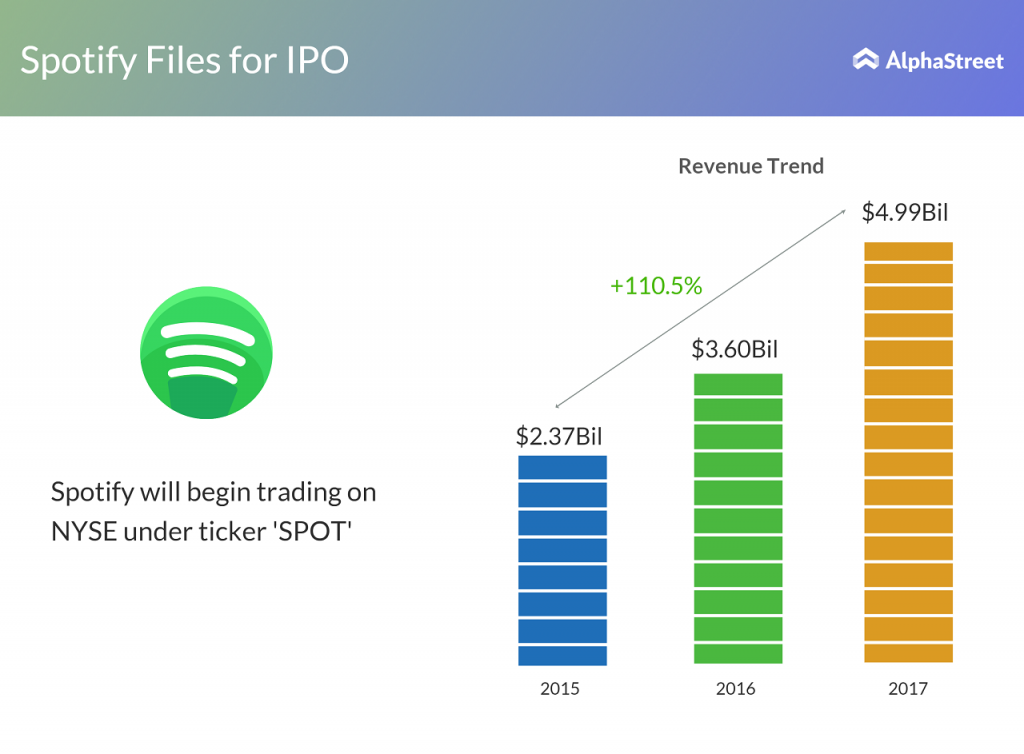