GameStop Corp. (NYSE: GME) has been part of the fast-growing gaming market that has successfully weathered adversities but the company operates in a declining segment of the industry, raising concerns about the future of the business. Earlier this week, shareholders of the Dallas-based video game retailer approved a stock split it had announced a few months ago. The split is expected to make the stock accessible to more retail investors while giving the company financial flexibility.

The bad news is that the stock split would not make GameStop a better company in terms of financial performance and business strategy. Rather, the stock might experience weakness post-split, given its high volatility. In the future, GME will not be as lucrative an investment as it was a few months ago.

GameStop stirred up a frenzy more than a year ago when the stock rallied and hit unprecedented highs. Though the shares withdrew from the peak later, they maintained the uptrend with frequent upswings and all along outperformed the market. It has stayed relatively less affected by the recent market selloff — regained strength pretty quickly after every dip.

The company’s core activity is the sale of physical video games and consoles, mainly through its store network, which is considered obsolete at a time when the industry is witnessing a transformation. A major chunk of gamers across the world have switched to online gaming and others are catching up fast, casting serious doubts about the future of physical video games. 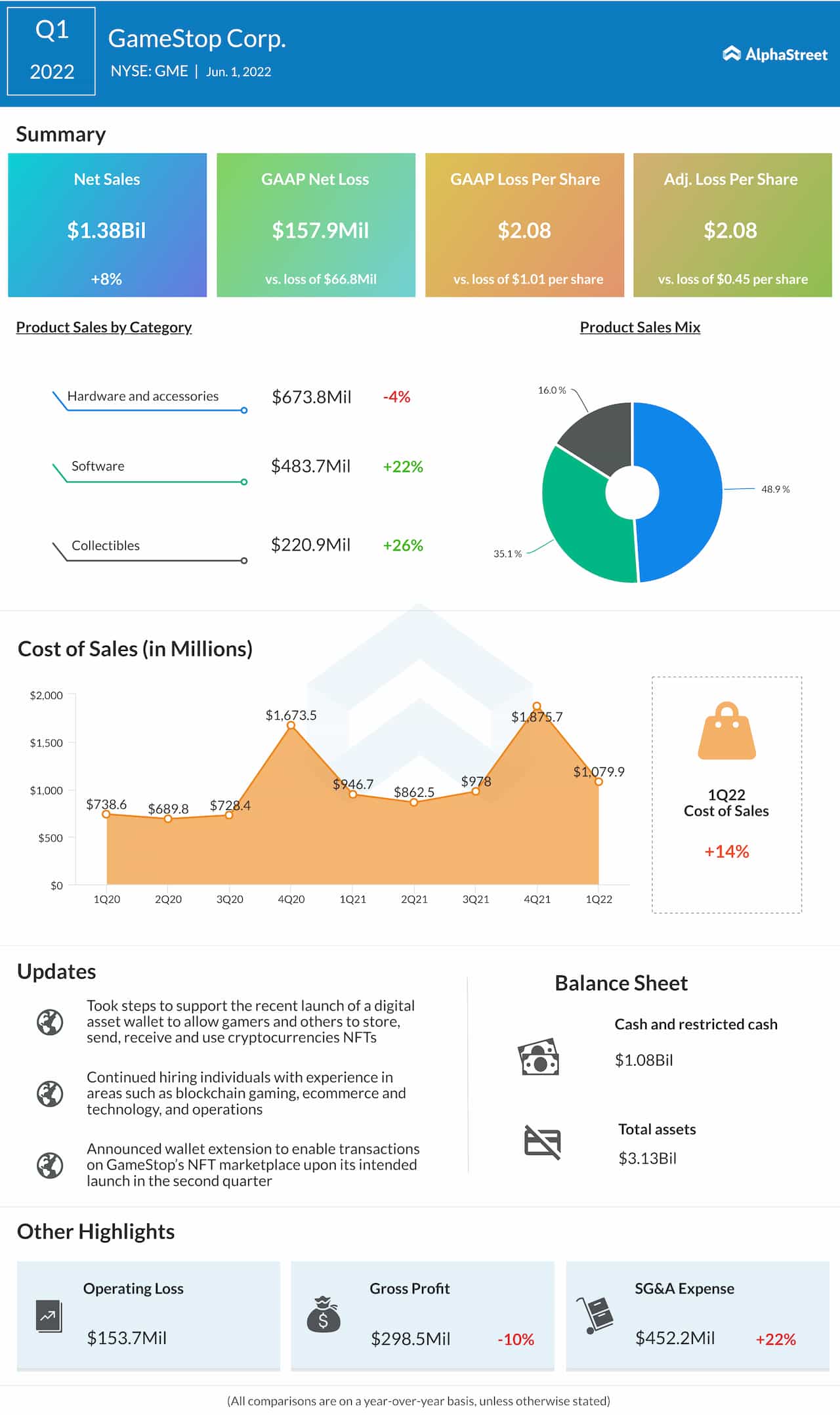 However, the company has tried to ramp up its portfolio by including non-core products like collectibles, monitors, and drones. These efforts are expected to give the company a much-needed push in the long term, considering its inability to maintain profitability. It is viewed as a positive shift in the business model that would help the company lure new-gen gamers to stores.

“With regard to new offerings geared to the future of gaming, our blockchain team continued to drive progress when it comes to advancing new products, deepening partnerships and establishing GameStop’s presence in digital asset communities. And the output of these efforts was last month’s launch of the GameStop Wallet, a digital asset wallet that allows gamers and others to store, send, receive, and use cryptocurrencies and NFTs across decentralized apps,” said GameStop’s CEO Matt Furlong in a recent statement.

The company’s quarterly financial performance has been quite dismal in the past couple of years, with the bottom line slipping into the negative territory quite often amid continued weakness in sales. In the first quarter, adjusted net loss widened to $2.08 per share, hurt mainly by higher operating costs. Meanwhile, revenues increased 8% to $1.38 billion as a modest decline in the core Hardware & Accessories business was more than offset by strong performance by the Software and Collectibles segments.

Electronic Arts Stock: Why you shouldn’t miss the buying opportunity

In early March, the management announced plans to go for a stock split, toeing the line of others like Amazon.com Inc.  (NASDAQ: AMZN)  and Tesla Inc. (NASDAQ: TSLA). GameStop’s stock has lost more than 60% since hitting a record about one-and-half years ago. It traded lower Monday afternoon, reversing a part of last week’s gains.