Takeda Pharmaceutical and Shire Plc announced that their shareholders have approved the $62 billion merger transaction. Takeda said that at least 88% of votes were exercised in favor of the Shire acquisition. Shire shareholders had also approved the takeover of the company by the Takeda. The acquisition is touted to be sealed on January 8, 2019. 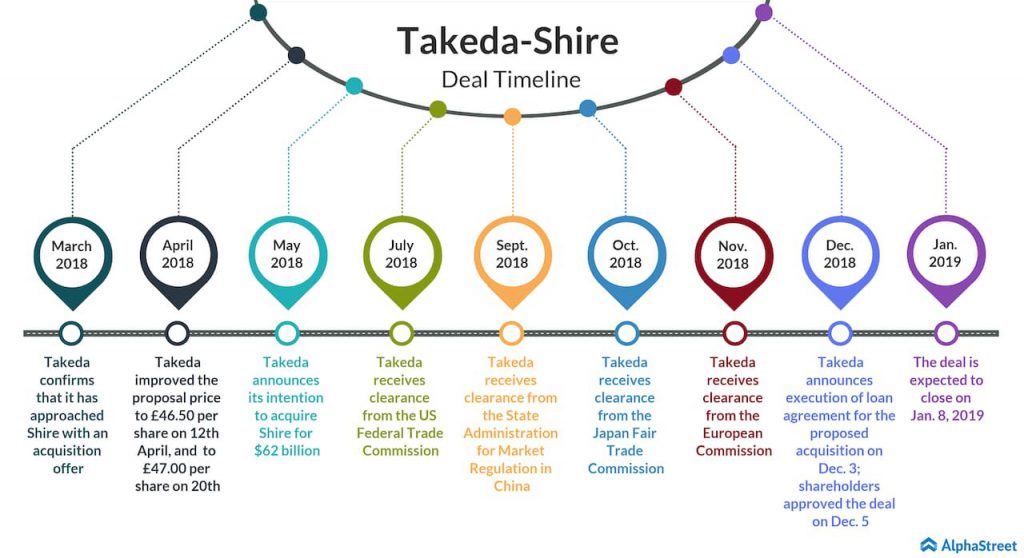 From the beginning, the largest ever acquisition by a Japanese company was not accepted by a bunch of Takeda shareholders, including the founding family members of the company. The demurring Takeda shareholders felt that the company has been paying too much for Shire and also feared that debt would increase heavily for Takeda.

Commenting on his success in getting the shareholder approval, Takeda CEO Christophe Weber said, “We are delighted that our shareholders have given their strong support to our acquisition of Shire.”

The shareowners of Takeda also approved its proposal to name three of the Irish-headquartered biopharma company’s existing directors to the Takeda Board when the transaction is closed.

When the transaction is completed, the combined entity is expected to earn half of its revenue from the US and annual savings are predicted to reach at least $1.4 billion in three years after the acquisition.

Early in April, reports said that Allergan (AGN) competed with Takeda on bidding for Shire. Later, Allergan stated that it has not submitted an offer to acquire Shire.

Shire shares rose about 3% in the London stock exchange and Takeda shares increased 1% in the Tokyo stock exchange on Wednesday. Shire Plc ADRs (Nasdaq: SHPG) were down 2.5% when markets closed on Tuesday.